With Ontario's economy poised for its best run in years, the time is ripe for the province to tackle its chronic deficit problems. Instead, with its 2015-2016 budget, it remains content to nibble around the edges.

Finance Minister Charles Sousa tabled a budget at Queen's Park Thursday calling for a deficit of $8.5-billion this year, the smallest since 2008-2009. It's $400-million lower than Ontario's ruling Liberals projected in last year's budget. The government now anticipates that it will whittle down the deficit to $4.8-billion next year, and will return to balance in 2017-2018 – precisely a decade after its last balanced budget.

The budget is devoid of significant new spending commitments, but by the same token, it is also devoid of new revenue sources. Instead, the government is doing its best to slow growth in its costs, while waiting for a stronger economy to close the fiscal gap.

Health care spending will increase a slim 1.2 per cent this fiscal year. Funding for colleges, universities and training will rise just 0.9 per cent. Over the next three fiscal years, until the budget is expected to reach balance, program expenses are budgeted to increase by an annual average of a puny 0.3 per cent.

But other than about $500-million expected to be saved by the government's ongoing review of squeezing efficiencies out of its existing programs ("We're going line by line," Mr. Sousa said), there are no specific meaningful cuts targeted.

The heavy lifting, in fact, will be done by the economy – which is poised for a stronger run than it has had in years, as U.S. demand accelerates, Ontario's exporters are aided by a weakened Canadian dollar, and the province's businesses and consumers enjoy a sharp drop in their energy costs.

Real gross domestic product is expected to grow by 2.7 per cent this year, which, with the exception of 2010's sharp rebound from the Great Recession's dramatic slowdown, would be the strongest annual growth in a decade. Nominal GDP, which includes inflationary effects and is the critical indicator for government revenues, is expected to expand by 4.2 per cent in each of the next three years. With program spending not even coming close to keeping up with inflation, let alone the revenue growth implied by the GDP forecasts, simple arithmetic points to a relatively painless return to a balanced budget.

But this government looks content to better manage the government as it is, not restructure it to what, arguably, it should be – or has to be if budget balances in the province are finally to become sustainable over the long term.

Let's face it, Ontario's fiscal problems are systemic. With the exception of a few tiny surpluses in the 2000s, Ontario has a long and conspicuous history of running large deficits. Its $8.5-billion shortfall in the new budget may be down 22 per cent from last fiscal year, but the government's deficits haven't improved in a meaningful way from three years ago. With total debt now tipping the scales at almost $300-billion, the province will spend more than $11-billion this year on interest payments alone.

Until now, he said, one of the big barriers to the government taking a harder line on the deficit was the danger that its austerity would create a most unwelcome additional drag on an already struggling economy. But with the economy poised to grow at nearly double the average pace of the past 10 years, the government could attack the deficit and in doing so reduce its own contribution to economic growth, with the comfort of knowing that private-sector growth was picking up the economic slack.

Contrary to popular myth, Ontario is not a heavy tax-and-spend province. Relative to its gross domestic product, Ontario's program spending and government revenues are both among the lowest in the country.

That suggests that the Liberal government's efforts to date to trim fat and slow spending growth are misplaced; the province might have relatively little program fat to trim. However, it does have room to increase what is a relatively modest tax base. And thanks to the federal government's cuts to personal and business taxes over the past few years, Ontario could make modest increases to taxes at a time when taxpayers have more room to afford it without feeling an undue pinch.

An economic upturn and a tax-cutting federal government have finally opened a window for Ontario to take serious, aggressive aim at re-aligning its revenues to better meet its most valued program needs for the long term, and avoid falling into the deficit trap again the next time the economy takes a turn for the worse. But the window won't be open forever, and economic cycles are deceptively short. The government shouldn't merely wait for the stronger economy to solve its deficit problems; it should go out and meet that economy head-on.

The downside of a balanced-budget law? Overtaxing
April 22, 2015 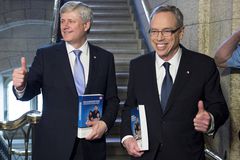 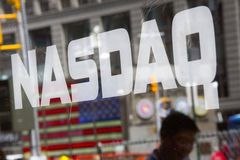