With Shaw Communications Inc. planning a move into wireless services and an exit from its media business, the value of Canadian telecommunications providers owning content is once again up for debate.

During the past decade, most of Canada's biggest telecom players got even bigger as they acquired both specialty channels and conventional television networks. Rogers Communications Inc. picked up CITY-TV, BCE Inc. bought CTV and Shaw rescued Global from the wreckage of CanWest Global Communications Corp.

The thinking was that vertical integration – owning both the content and the pipes to distribute it – gave them a strategic advantage over competitors that only sold TV distribution services, in part because vertically integrated players would be better able to control content costs.

But that advantage diminished owing to regulatory rules – tightened to prevent vertically integrated players from withholding content from their distribution-only competitors – as well as the rise of streaming video services such as Netflix Inc. that bypassed the traditional cable and satellite distribution system entirely.

"Since our acquisition of CanWest in 2010, the media regulatory environment has really evolved or reduced the strategic benefit of vertical integration between [television distribution providers] and content providers," Shaw chief operating officer Jay Mehr acknowledged last month following news the company plans to sell its Shaw Media division to Corus Entertainment Inc. (both companies are controlled by the Shaw family and the Calgary-based company will retain an equity stake in Corus worth about $800-million).

Mr. Mehr also expressed confidence that Shaw would still have easy and reliable access to content, stressing that the company has good "pretty good relationships with all of our content providers, [vertically integrated] and not. … We're an organization that can get deals done."

Greg MacDonald, head of research at Macquarie Capital Markets Canada, praised Shaw's move toward becoming a "pure-play broadband company," writing, "We see no value in vertical integration of content and conduit, and have a bear thesis on media over all."

Scotia Capital Inc. analyst Jeff Fan argued in a report this week it is "time to rethink vertical integration advantages," noting the need to consider "whether the [vertically integrated] structure can be sustained as the industry in Canada evolves over the next few years." Mr. Fan points to Telus Corp., Shaw's western rival that has stood out in recent years for deliberately avoiding an investment in media ownership, and says Scotia Capital's calculations show that Telus's cost of content on a per-subscriber basis actually declined by 7 per cent in 2015. According to Scotia Capital, Telus pays more per subscriber than BCE, Rogers and Shaw, and also earns less revenue per subscriber, but its gross profit margin on television services actually rose in 2015, compared with margin declines at the other three.

"Being a non-[vertically-integrated] operator has not prevented Telus from reducing its content cost per subscriber and, in turn, passing on the lower costs to its subscribers," Mr. Fan wrote. "We believe this has led to higher subscriber additions and market share growth for the company."

As Shaw moves toward focusing primarily on distribution – cable television, Internet and wireless services – Mr. Fan notes that that will align with Telus's strategy, and the key to success in the west will come down to "service quality, network bandwidth capacity and management execution."

Meanwhile, where BCE and Rogers compete in the east, he still sees a potential benefit to vertical integration in owning sports content, which both companies have invested in heavily through their ownership of sports teams and duelling specialty sports television networks. (Quebecor Inc. is also vertically integrated and operates a sports broadcaster and is pursuing a bid to bring a National Hockey League team to Quebec City.)

"But if both Rogers and BCE are vertically integrated with sports, then the vertical integration advantage of one over the other is not as clear," he said. As in the West, he argues the fight will ultimately come down to network quality and winning an edge on customer experience.

"On the surface, the competitive dynamics in Central and Eastern Canada versus Western Canada are slightly different, but broadband is still the most important underlying factor."

BCE is investing in bringing fibre-optic services right to its customers' homes and Rogers is upgrading its own cable network to the latest generation of technology. "In the near to medium-term, the pace of deployment will be important in establishing which provider gets the upper hand," Mr. Fan said.

Rogers chief executive officer Guy Laurence said last week that the focus of his media division "remains on sports, news and digital," and noted that sports already accounts for more than 50 per cent of media's revenue and adjusted operating profit. The company had a regulatory win last year when the Canadian Radio-television and Telecommunications Commission (CRTC) permitted it to keep its GamePlus mobile app – which includes advanced statistics and control of special camera angles – exclusive to Rogers' own customers of the NHL GameCentre Live service.

George Cope, CEO of BCE, also pointed to another potential benefit of vertical integration during a quarterly earnings call in November, arguing that his company's "mix of assets" is a benefit because the media business requires less capital investment and allows the company to "execute that additional capital on the wireline and wireless side." 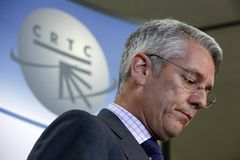 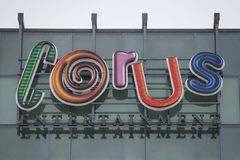 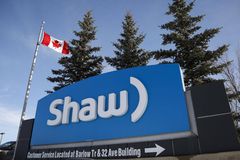