Peter Misek has over 15 years of VC experience and over 20 years of experience on Wall Street, Bay Street and in the City of London. He has been an active advisor to DN Capital since its inception. He now one of the firm's venture partners and focuses on the  enterprise software sector in North America. Previously, Peter co-led the global tech team at Jeffries and has frequently been ranked Canada's top rated Morningstar tech analyst. Peter has advised Canadian business leaders and government at the highest levels.

BlackBerry's battle to transform itself into a software and services play goes under the microscope on March 27 when it reports its fourth-quarter and annual results. Of key interest to investors should be a milestone that BlackBerry passed two-thirds of the way through the quarter, on Feb. 1: That's when the roughly 7.5 million subscribers (according to market reports) of the BlackBerry Enterprise Server (BES) had to start paying for BlackBerry's mobile device management (MDM) service and support – the company's business in enabling large organizations to centrally manage the fleets of smartphones used by their employees.

If, say, 90 per cent of those 7.5 million users started paying (which we are hearing most enterprises are prepared to do), we can assume that software revenue is going to be considerably higher. BlackBerry guidance has indicated that revenue should exceed over $500-million (U.S.) on an annualized basis in the next quarter or two. But what if no one in the market believed that – or if the number exceeded that?

We see over 90 million shares short and a sizable group that continues to believe BlackBerry has no future. While I won't speculate on that either way, it's illuminating to point out that BlackBerry software and services are about to become far more prominent in the coming earnings release.

Where once the number of handsets sold dictated whether the Street was bullish or bearish, that issue has become largely a sideshow as Apple and Google (or more specifically, smartphone makers using Google's Android operating system) have won the smartphone wars.

But what happens when security matters so much that nothing but BlackBerry will do? First, some examples: When the Edward Snowden leaks revealed that the U.S. was spying on Germany, Angela Merkel and the Bundestag all switched back to BlackBerry. When Sony was hacked, where did they turn? BlackBerry. I have tried BES on my iPhone and I thought it was the best solution on the market for e-mail and secure communication. (IBM, Mobile Iron and Airwatch are also in the market with similar solutions.)

My suspicion is that BlackBerry could hit 10 million or more subscribers with this ultra-secure service. Frankly, if I was a Fortune 500 chief technology officer or chief information officer and I wasn't using BlackBerry, or one of its competitors, I would take a look at what happened to the executives at Target. Security is no longer just nice to have, it's an imperative – businesses can fail because of breaches.

What about other parts of BlackBerry's business? We are hearing that as carriers start selling the company's Passport and Classic handsets, the company stops earning lucrative monthly service fees it used to earn from its older handsets, and so ultimately that revenue stream will dwindle to nothing. We are also hearing that supplies of the Passport and Classic are lean. So while there appears to be good demand, BlackBerry is loath to make the same mistake and overbuild, causing huge risks to the going concern of the business. As such, device sales could be light.

BlackBerry may also surprise the market in the amount of cash it generates. The company pays considerable royalty fees every quarter for using others' patents, and our understanding is that the royalty rates are graduated, depending on how many units are sold. If, for example, BlackBerry sells 10 million units in a quarter, it pays a certain royalty rate – say $100-million – but if sales drop below that level, the rate would drop to something like $25-million. These fees are all calculated retroactively. In the second quarter, royalties amounted to roughly $837-million, but fell to $388-million the following quarter. I think they could fall even further this quarter, enabling the company to hold on to more of its cash.

Finally, as it relates to apps, it's safe to say that the app store wars weren't kind to BlackBerry. But the company now offers the Amazon version of the Android App Store. I can report it works very well – I've downloaded and used apps on my BlackBerry device. It looks and feels like an Amazon Android experience, with the number of apps being multiples of what the company historically offered.

While I don't cover BlackBerry as a side-sell analyst any more, as a user and a tech industry observer it appears to me that BlackBerry's critics are missing the potential upside for the company. At the very least, BlackBerry under John Chen and CFO James Yersh is a very different company – a software-focused company. One that should have emerged years ago.

Disclosure: I have no position in BlackBerry.​ 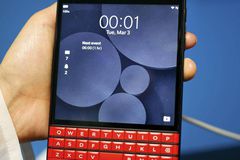 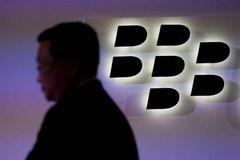 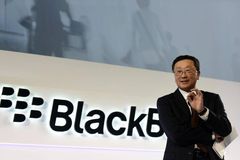