You have heard about the gig economy, the odd jobs market that keeps the wolf from the door for young people and a lot of not-so-young people. It's precarious, often part-time, poorly paid and intermittent work: cleaning, driving, repairing stuff.

It's not new – it used to be called freelance. What has changed is that these small pieces of work or tasks can now be assembled digitally on the Internet. It's called a platform and these are controlled by large, sometimes colossal corporations.

It's a neat idea – an electronic platform where any writer can reach a reader (Facebook, Twitter); where a seller can find a buyer (Amazon, eBay) or a driver with a car can find a paying passenger. That was Uber's wizard scheme: to make money from millions of taxi journeys without actually employing a single driver or even being part of the transaction. It was about making money from the gig economy without doing a single gig.

Unfortunately for Uber's investors, an employment tribunal in London reckons that Uber's proposition – that it employs no drivers – is false. Indeed the tribunal judges, who had to consider a claim from several Uber drivers for the minimum wage and holiday pay, found the company's defence of its purported business model to be not just incredible but also amusing.

"The notion that Uber in London is a mosaic of 30,000 small businesses linked by a common 'platform' is to our minds faintly ridiculous," the tribunal wrote. Its ruling found the drivers to be "workers" in the employ of Uber, entitled to the minimum wage and paid holidays.

The question before the tribunal was who controlled the business of selling rides to consumers – Uber or its drivers. A cursory investigation reveals that Uber recruits the drivers who have no control over choice of customers, fares or routes travelled. Uber also subjects the drivers to a rating system that amounts to a disciplinary procedure. Clearly, this is not just an electronic marketplace, transacting invisibly over our heads; it is a system that manages and controls a work force.

Uber is not the only platform business that pretends to be something it isn't while denying its real nature. Mark Zuckerberg, Facebook's founder, was caught at an event in Rome over the summer, masquerading as the boss of a technology company. In response to a straight question from his audience about the role of Facebook as "an editor in the media," Mr Zuckerberg was at pains to insist that Facebook was not a media company, that Facebook did not produce content, but merely "exists to give you the tools to curate and have the experience to connect with the people and businesses and the world that you want."

More important, the social media company is constantly editing its website, banning, deleting and restricting content that falls foul of its rules, sometimes with ludicrous results. In September, Facebook provoked a storm of protest when its editors deleted content showing the famous Vietnam War photograph of the naked girl fleeing an American napalm attack.

It's easy to see why Mr. Zuckerberg is anxious to suppress the notion floated by the young skeptic in Rome. It's partly about hubris: If Facebook were to become a media company, its stock would lose the prized "technology" rating and be relegated to the more prosaic valuations accorded to mere media conglomerates. But there is a more profound reason the "media" and "editor" tags cause him to wince.

If Facebook were to admit that its activities fell into the category of editing, it would soon find itself labelled a publisher. Instead of washing its hands of the material that appears in postings by Facebook users, it could find itself liable for material that might range from the mildly offensive to the defamatory or even potentially criminal.

Facebook is not a technology company. Facebook runs an electronic platform that manages, packages, monitors and controls writing and images posted by contributors. Facebook makes money by selling space to advertisers. Most people would call that publishing, a labour-intensive business with an elevated cost structure that Mr Zuckerberg would prefer to avoid.

You have heard about the gig economy, but I would call this the puppet economy. It's masquerade. It's a performance where you don't see the real people – the operators, the directors who hire the performers and control the marionettes by pulling strings from behind a curtain.

Slowly but surely, the curtain is being opened and the masks are being removed. It will not be a pretty spectacle.

By a 3-0 vote, the 2nd U.S. Circuit Court of Appeals in Manhattan rejected a claim by Facebook shareholder Robert Lowinger that "lock-up" agreements forbade the sales because the banks and selling shareholders together formed a "group" owning more than 10 per cent of the social media company's stock.

The lawsuit was one of dozens targeting Facebook, the banks and others after the Menlo Park, Calif.-based company's $16-billion IPO suffered from technical glitches and its stock price slid 54 per cent within four months.

Mr. Lowinger accused Facebook of concealing pessimistic internal growth projections from the public even as it quietly alerted the banks, who then passed the news to top clients and bet successfully against the stock. He sought to force the banks to turn their profits over to Facebook.

U.S. District Judge Robert Sweet in Manhattan dismissed the lawsuit in May, 2014, saying the lock-up agreements restricting insiders from selling stock were standard in the industry. Upholding that ruling on Thursday, Circuit Judge Ralph Winter said subjecting bank underwriters to similar restrictions would "complicate" their role, add millions of dollars of legal exposure and reduce the number of companies going public. 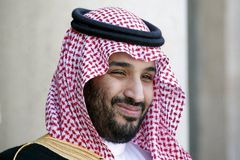 Theresa May declares herself champion of the working class
Subscriber content
October 6, 2016
Follow us on Twitter @globebusiness Opens in a new window
Report an error Editorial code of conduct