A bullish reversal in the Canadian dollar certainly has important implications for Canada's exports, for inflation and for the Bank of Canada's policy path. If, of course, we had such a bullish turn.

We haven't. Not yet, anyway.

The Canadian currency raised these concerns after topping 94 cents (U.S.) last week for the first time in six months, up more than 2.5 cents in a month and more than five cents since mid-March. This week, news that speculative traders in the currency futures market had moved to a (small) net long position in the loonie for the first time since early 2013 – that is, more speculators hold futures contracts predicting that the dollar will go up than those with contracts betting it will go down – has raised talk that market sentiment has turned, signalling the beginning of a march upward in the currency.

This would be an unexpected complication for exporters, who have been looking at the dollar's decline from north of parity since early 2013 as a handy boost to their competitiveness in foreign markets, and thus a key driver of export sales. It also throws a new wrinkle into the inflation outlook – so pivotal to the Bank of Canada's monetary policy thinking – as the declining dollar had been considered a significant, if temporary, contributor to the sharp rise in Canada's inflation rate in recent months.

But when we put the numbers in their full context, the recent gains and the fluctuations in the futures-market mix don't add up to a major change of course in the currency.

At 94 cents, the loonie has merely returned to the level it was at when it entered its early-2014 tailspin – essentially, both the market's previous trading range and, by extension, the top of the current trading range. Unless and until the dollar moves meaningfully above this level, it can't be considered to have gone into a rally mode – it remains in its six-month range between 90 and 94 cents.

That's considerably cheaper than where the loonie was trading a year ago (95 to 98 cents) and in the second half of 2012 (98 to 102 cents). We're still in a much more favourable currency environment for exporters than the one they faced 12-18 months ago.

But what do we make of the evidence that speculative currency investors have turned bullish on the loonie? In short, there isn't much.

Speculative (i.e. non-commercial) long positions in Canadian-dollar futures have been remarkably stable over the past year; it's the short positions that have gyrated wildly, and have been the dominant feature during the currency's declines. The upswing in long positions in the past few weeks has merely moved them toward the upper end of the narrow range they have occupied since early 2013; this is hardly a stampede of Canadian-dollar bulls.

Meanwhile, the bears are still present in large numbers. Despite their recent retreat, speculative short positions remain at historically elevated levels, nearly 50 per cent above their 10-year average. Historically, when the speculative shorts are this high, the dollar is falling, not rising.

The downward sentiment has far from vanished. Rather, it looked extreme, and unsustainable, when the loonie was at 89 cents and speculative short positions were near record levels, more than double where they are today. The dollar looked massively oversold at that point; the recent rebound was both inevitable and healthy. And in other instances in recent history (in 2012 and in 2013) when the futures market moved into a speculative net-long position from a net-short, it has not signalled the beginning of a sustained upturn in the currency.

The recent upturn should be viewed as a currency having found firm footing – the end of a depreciation, not the beginning of a rally. We can still expect (as the Bank of Canada outlined in its last monetary policy report, in April) a boost in foreign sales for manufacturing exporters; an upward pressure on costs for imported goods, especially manufacturers' inputs, some of which will be passed on to Canadian consumers; and a lessening of this impact as the currency stabilizes and the declines move more distant in the rear-view mirror. All we have now is a stronger conviction as to when the downturn ended.

A further rise in the dollar, and a more dramatic shift in futures-market sentiment, could still change this. But for now, for all the recent excitement, this looks like merely a new chapter of the same currency story, not the writing of a new one.

Loonie closes unchanged after recent spurt of gains
May 11, 2018 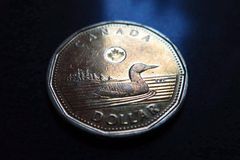 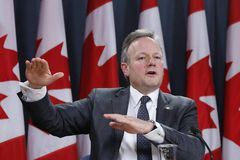 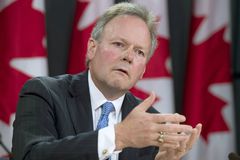 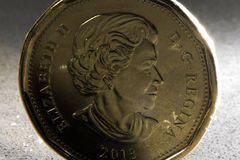 Who does a cheap loonie help? Not who you think Subscriber content
May 11, 2018 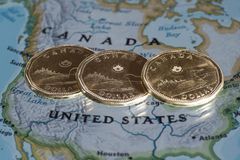