Donald Trump is wrecking the climate change party in Marrakesh, the site of the latest global climate conference. It was supposed to be a celebration.

On Nov. 4, the 2015 Paris agreement, the world's first comprehensive climate accord, came into force, less than a year after it was negotiated. With the goal of limiting temperatures to 2 C above preindustrial levels, and preferably 1.5 degrees, it had been ratified by the United States, China, the European Union, Japan and even oil-obsessed Canada. In Marrakesh, the idea was to determine ways to ensure the temperature goals are met.

Then came Mr. Trump. The U.S. president-elect has written off the overwhelming evidence that man-made carbon emissions are warming the planet as a China-bred science hoax. He has said he's in favour of "cancelling" the Paris deal and gutting Barack Obama's Clean Power Plan. For good measure, he is said to have lined up climate-change skeptics to run the Energy Department and the Environmental Protection Agency. Mr. Trump is a godsend to Big Oil and Big Coal.

Hillary Clinton's vision of turning America into "the clean energy superpower of the 21st Century" will soon drown in a sea of shale oil. On the other side of the planet, China is laughing.

China's black energy policy – coal and lots of it – is developing a green edge. The world's most populous country and its top polluter would be delighted to take clean-energy leadership over from the Americans (and the Europeans). It's already doing so. Mr. Trump's trampling of the green agenda will only accelerate that process. Domination of the world's fastest growing industry – clean energy – is on China's agenda.

Don't for a minute think that China is throwing fortunes at clean energy only because its people would rather not die from lung cancer in their soot-laden cities.

For China, clean-energy development is also a key component of its energy-security drive. China imports a lot of its coal and almost all of its oil, whose prices can be volatile and whose imports can be interrupted by wars and revolutions. Clean-energy investment also creates jobs. A decade ago, China leaped into the solar panel market. By 2011, its production of solar panels had reached 50 per cent of global output. Today, the figure is even higher. Ditto wind turbines. By 2015, five of the top 10 turbine makers were Chinese, as was the top name – Goldwind. The traditional wind turbine powerhouses, Denmark's Vestas and General Electric of the United States, are sliding in the rankings.

John Mathews, professor of management at Australia's Macquarie University, has spent years chronicling the rise of China's clean-energy machine and noted in the September issue of the Asia-Pacific Journal that China is decoupling energy consumption from economic growth. And each year, he adds, the proportion of electricity generated by thermal sources – fossil fuels – declines; it dropped to 73 per cent in 2015. The rest was generated from non-polluting sources, mostly solar, wind and hydro power (nuclear power generation, while free of emissions, is generally not considered "renewable"). "Of course, the [Chinese] system as a whole is still largely black," Prof. Mathews says. "But the trend, the leading edge, is definitely headed in the green direction."

China has said its carbon emissions peak will come in 2030. But if the clean-energy investment keeps rising, China's emissions could peak years earlier. Already, China's coal production, imports and consumption are falling, which helps to explain the drop in coal prices since 2011.

To be sure, China would not like to see the United States under the Trump presidency drop out of the Paris climate accord. The accord would lose sense if the No. 2 polluter, responsible for 13 per cent of global carbon emissions, went missing. But China also knows that an American absence would not derail the global clean-energy drive. Prices for clean-energy equipment are falling rapidly, to the point that solar and wind power are becoming competitive with fossil fuels. The U.S. Energy Information Agency last summer said American renewable energy is expected to surpass nuclear power by 2020 and coal by 2028.

Or at least it was when Mr. Obama was in the White House. All bets are off with Mr. Trump as president. On Friday, Kevin Trenberth, senior scientist at the U.S. National Center for Atmospheric Research, told The Guardian that Mr. Trump's election "is an unmitigated disaster for the planet." It's not an unmitigated disaster for China, which will take over clean-energy leadership and all the jobs, technology and research that goes with it. 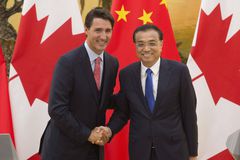 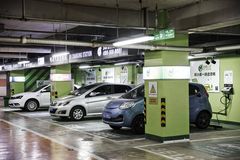 Opinion
Gone for good: Why Trump’s jobs promise will fall flat
November 10, 2016
Follow Eric Reguly on Twitter @ereguly
Report an error Editorial code of conduct
Due to technical reasons, we have temporarily removed commenting from our articles. We hope to have this fixed soon. Thank you for your patience. If you are looking to give feedback on our new site, please send it along to feedback@globeandmail.com. If you want to write a letter to the editor, please forward to letters@globeandmail.com.
Comments