Some years ago during an early winter visit to a Greek island, I ran into an unexpected problem. The bulk of the island's hotels and restaurants that had remained open outside the normal tourist season seemed to have broken credit-card machines and were only accepting cash.

If the desperate Greek government proceeds with one of its loopier tax-raising schemes, I would be able to turn such experiences in future into a money-making opportunity by secretly recording possible tax evaders in the hospitality sector.

Greece's non-conformist Finance Minister, Yanis Varoufakis, thinks that an army of amateur inspectors –students, housekeepers and "tourists in popular areas ripe with tax evasion" – could dissuade people from cheating on their sales tax obligations. The "inspectors" would be equipped to record sound and video and be paid by the hour for periods of no more than two months. But no one would know who was wired or when they might be caught. Which, Mr. Varoufakis argues, would quickly alter attitudes toward forking over taxes.

That was one of seven reforms proposed in a letter last week to Dutch Finance Minister Jeroen Dijsselbloem, who heads the group of euro zone finance ministers weighing whether to keep lending billions of euros to a leftist government elected on a campaign pledge of standing up to the bullies in Brussels, rolling back harsh austerity cuts and restructuring the terms of its bailout deal.

Combatting tax evasion is one of the few items on ruling Syriza's to-do list that has broad support from the loose coalition's various fractious factions. These include Stalinists and other hardliners from earlier eras who would love nothing more than Greece's exit from the euro zone and the reversal of austerity measures ranging from deep public service and pension cuts to privatizations of state enterprises. The dismantling of the entire capitalist edifice would suit some of them just fine.

Their biggest fear – and Europe's and Greece's great hope – is that Prime Minister Alexis Tsipras and his close ally Mr. Varoufakis will turn out to be, heaven forfend, pragmatic social democrats willing to reach compromises with lenders and opponents that ease harsh austerity while avoiding an outright debt default that would cripple efforts to rebuild the shattered economy.

Mr. Tsipras was subjected to hours of harangues by disgruntled ideologues at a closed-door meeting with his 149-member parliamentary caucus late last month after reaching a deal (without seeking parliament's permission) with the euro group for a four-month extension of its financial lifeline to the end of June. The agreement included a pledge not to roll back privatizations already completed or past the bidding stage.

An open letter from two members of the party's central committee declared that the deal and the Finance Minister's proposed modest reforms, including an independent council to monitor public spending, "make it impossible" for Syriza to meet its election promises.

Despite the heated rhetoric, the charismatic Mr. Tsipras is in no danger of being turfed by his own party. His popularity has been off the charts since his election in January and there is no one with even a fraction of his appeal or political acumen within the party's current ranks.

Still, he will have to walk a tightrope in the weeks ahead. After a brief meeting Monday with his fellow euro finance ministers, Mr. Dijsselbloem warned that Athens can't afford to drag its feet on tougher reforms.

Greece mulls referendum amid deadlock with creditors
May 12, 2018 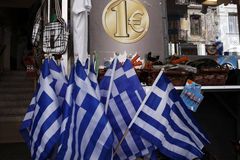 Greece blocks construction at Eldorado’s Skouries mine
May 12, 2018 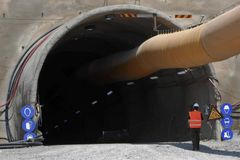 Germany finds itself in an enviable trade position
May 12, 2018 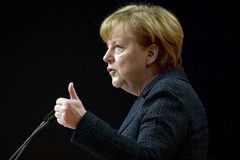 Greece’s Varoufakis counting on ECB to avoid March default
May 12, 2018 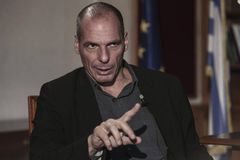