Businesses who stood in Wal-Mart's way when it barged into Canada in the early 1990s were often crushed – by cutthroat competition and sometimes litigation.

The colossus was determined to dominate this country's retail landscape as it had in the United States.

As part of that effort, Wal-Mart filed a thicket of trademark challenges to make sure no one in Canada was using versions of its name. Caught up in the legal sweep was a small Ottawa-based knitting supply chain, known as Wool-Mart.

Wal-Mart eventually dropped its pursuit amid unflattering media attention. But the long-forgotten incident was a prelude to an often fractious relationship between Canadian retailers and Wal-Mart Canada Corp., now the largest store brand in Canada.

No longer. Wal-Mart is suddenly every retailer's best friend as it does battle with Visa over credit card fees that many merchants view as excessive. Wal-Mart says it will start phasing in a ban on Visa cards at its more than 400 Canadian stores starting July 18 in Thunder Bay.

"We believe Visa's fees should be lower for everyone, whether they are a large retailer, small retailer or a charity," Wal-Mart said in a statement, pointing out that Visa's fee is four times higher than the going rate elsewhere in the world.

The root of the dispute is pretty simple: money. In Canada, merchants pay credit card companies an average of $1.50, or 1.5 per cent, on every $100 worth of purchases. It's a relatively small cut, but it adds up to big bucks when it's applied to massive volumes of credit card transactions.

Wal-Mart Canada, for example, pays $100-million a year in credit card transaction fees, which are hidden from shoppers and buried in the price of everything consumers buy, regardless of whether they even use a credit card. Across Canada, these fees total an estimated $6-billion a year.

But this fight transcends Canada. Several European countries have legislated a cap on fees. In the U.S., Wal-Mart has waged a long legal battle with Visa, which controls nearly 60 per cent of global transactions. Wal-Mart is suing Visa to allow the retailer the ability to force consumers to make password-protected chip card transactions, which have significantly lower fees than traditional signed Visa transactions.

Shrinking retail margins and intense competition from lower-cost online retailers, such as Amazon, has intensified the showdown since the last recession.

Canadian retailers, especially small ones, are cheering on Wal-Mart as it takes on Visa.

"There is no small business in Canada that can afford to play poker with Visa," Gary Sands, head of the Small Business Matters Coalition, bluntly told The Globe and Mail's Marina Strauss.

The Retail Council of Canada, which speaks for Wal-Mart and thousands of other retailers, has also voiced the industry's frustration with what it says are inflated transaction fees.

Under the threat of regulation from Ottawa, Visa and rival MasterCard agreed in 2014 to voluntarily cut their fees to an average of 1.5 per cent from 1.6 to 1.7 per cent previously. Retailers say it isn't enough, and are pressing the Trudeau government to mandate lower fees, as Britain and other European countries have done. They look enviously at Europe and Australia, where fees are as low as 0.3 per cent.

So far, Finance Minister Bill Morneau has been non-committal, saying last week that he's awaiting a report on the 2014 agreement before deciding "how we can ensure this market stays competitive in the future." Liberal MP Linda Lapointe has tabled a private member's bill that would allow Mr. Morneau to limit the fees merchants pay for accepting credit cards.

But regulation seems like a long shot. The federal Competition Tribunal ruled in 2013 that the Competition Bureau, the government's competition prosecutor, didn't have jurisdiction to intervene.

This is a clash of the titans, and small merchants are unlikely to get satisfaction, in spite of Wal-Mart's appeal for retail solidarity.

In the end, Wal-Mart will probably get what it wants – a better deal from Visa. Everyone else will have to fend for themselves.

Opinion
Not in front of the customers: Wal-Mart and Visa will both lose loyalty
June 20, 2016 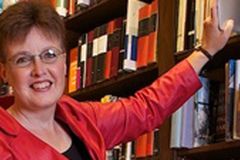 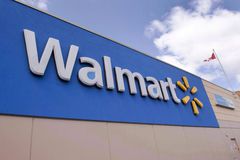 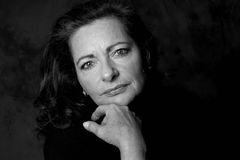 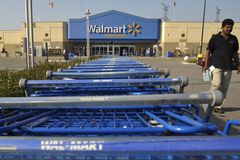 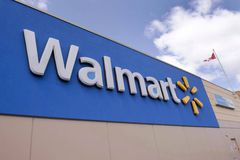 Wal-Mart Canada will no longer accept Visa due to ‘unacceptably high’ fees
June 11, 2016 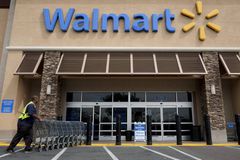