Benjamin Tal is dead right in his frank assessment that Canada's measures of the state of its uncertain housing market are sorely lacking. But the thing is, the country's economic data deficit goes far beyond housing – something that has become increasingly obvious over the past year.

Mr. Tal, deputy chief economist at CIBC World Markets, published a commentary Thursday in which he decried the deplorable lack of statistical detail that has left us with only a partial, hazy picture of the health (or lack thereof) of Canada's housing sector. We don't know how much of the booming condo market is made up of foreign investors. We don't know the credit quality of the borrowers who are receiving mortgages, and how many are behind in their payments. We can't tell the average size of a down payment. Without that, it's awfully hard to conclude whether the big numbers – such as housing starts, sales, prices – reflect a strong market, a high-risk asset bubble, or anything in between.

Yet housing is just one of the places where we are suffering from a disturbing dearth in statistical data that could answer some crucial questions about our economy, and provide critical guidance to future policy.

There's the variety of conflicting and incomplete measures of job vacancies in the country, which has clouded attempts to identify mismatches between available jobs and appropriately skilled workers to fill them.

There's Statistics Canada's closely watched Labour Force Survey, which has been questioned on its margin of error on the total employment count, and its lack of detail on underemployment and labour force participation.

There's the lack of detailed and timely information on business investment and business formation, vital issues to the Bank of Canada. And the granddaddy of all, there's the government's decision to cancel the mandatory long-form census and replace it with a smaller National Household Survey, which has been criticized by economists and for its lack of detail and statistical reliability, particularly surrounding key issues such as income inequality.

It's hard to escape the notion that funding cuts at Statscan are at the root of this growing data deficit.

Statscan's total spending has been cut by about 20 per cent since the start of the decade. Its budget in the current fiscal year (ending March 31, 2015) is about $500-million, down from levels that were routinely north of $600-million prior to fiscal 2012-13. Barring a change of heart from the government (and excluding spending for the planned 2016 census, which hasn't yet been approved), Statscan is planning for its budget to remain in the $500-million range out to 2016-17.

Obviously, $100-million can buy you a lot of statistical research. For example, economist Don Drummond, who chaired a 2009 panel that made recommendations to the government on how to improve its labour market data, recently estimated that it would cost about $39-million a year to fill the key gaps in Canada's labour statistics – critical to understanding and addressing the skills shortages that the government considers its biggest long-term economic issue.

Of course, one could argue that this and other data gaps don't necessarily need to be filled by Statscan. Perhaps individual government ministries could produce (and fund) more of their own key statistical analysis, as they are, arguably, closer to the issues and could better direct the research most needed to provide crucial policy-guiding information. That's the route the U.S. government typically takes with its statistics.

Still, we saw how well that worked recently when the Finance department decided to create its own measure for job vacancies, with embarrassing results. There's something to be said for consistency, reliability and statistical rigour – things for which Statscan, as the country's primary provider of high-quality economic data, has earned a strong international reputation.

In short, we have a need here, in so many key areas of the economy – and Statscan exists to fill this need. Let's give it back the tools it needs, rather than have a government, through its own cost cutting, attempting to shape policy in the dark.

We asked past and present contributing economists to Economy Lab the following question: "What is the most important piece of economic data that Canada should be measuring, but isn't?"

Here's what they said:

It is vitally important to have detailed information on job vacancies which employers cannot fill due to lack of suitably qualified applicants. These data are needed to shape and inform immigration policy, labour market training programs, the course offerings of colleges and universities and the career decisions of students and other workers. While we do have a Statistics Canada Job Vacancy Survey, it is of limited use since it cannot provide information on job vacancies by detailed occupation, but only by broad industrial categories." The current survey also lacks regional detail. These deficiencies would have been remedied through the planned Statistics Canada Workplace Survey, but this was cancelled in 2012 due to cuts in government funding."

"I have always said the lack of data in the housing sector is deplorable. Part of the problem is that a good deal of data does exist but it is either proprietary or very costly. [Benjamin] Tal's own bank is sitting on a mountain of info, as are other mortgage issuers. My experience in the U.S. as the crisis started in 2006 was similar, but sources of data came out of the woodwork as the urgency grew."

"The other area where data are extremely poor is on the income side of the national balance sheet, particularly on wages. [Survey of Employment, Payrolls and Hours] data are virtually useless. There is scant detail on wages for the [Labour Force Survey] either."

"I consulted my colleague, MLI Senior Fellow Philip Cross, former chief economic analyst at Statscan, and we agreed that the most significant data hole is in business investment. It is one of if not the most important driver of the economy's future performance. Yet we have one detailed annual survey and four quarterly updates on how the total is doing, with almost no detail at the level of individual industries. In terms of the understanding it makes possible of what is happening in the economy, it easily outranks any other missing data in importance."

"A major policy issue in Canada is to bridge the tax gap: the shortfall between the taxes that should be paid and the taxes that actually are paid. An important element in being able to address the tax gap is to know the size and make-up of that gap. In Canada, no official measure of the tax gap exists. This stands in sharp contrast to the U.S. and the U.K., which both produce regular detailed estimates of the tax gap. In the U.S. the IRS estimates the gross tax gap to amount to 17 per cent of total taxes paid voluntarily, equivalent of $450-billion (U.S.) in 2006, and the noncompliance rate to be 16.9 per cent. Assuming a similar trend exists in Canada, a rough estimate of the Canadian tax gap, using 2009 tax filer data, would be approximately $30-billion, and the number of noncompliant taxpayers would be more than 2.6 million. Given the potential magnitude of lost tax revenues in Canada, it is essential we have greater data and information about the Canadian tax gap."

"It's not just what isn't measured that should be measured. It's what used to be measured that is no longer measured. This is a partial list of what was lost by 2010: Surveys to assess trends in workplace benefits and employers' training; greenhouse gas emissions; longitudinal study of immigrants to Canada; adult correctional services in Canada; participation and activity limitations of Canadians (seniors and disabled); and, of course, the backbone of all people-based surveys, the mandatory long-form census questionnaire.

"Statistics Canada used to be one of the most highly regarded agencies in the world. The people who work there remain professional and are devoted to producing the best results possible. But year after year of budget cuts and other constraints (such as the political interference in the senseless census debacle) is demoralizing and has taken its toll."

"Since we are in the data production and distribution business, we have lots of ideas of where enhancements could be made by Statscan. They include:

3. Better cross-provincial data on health care expenditures, which are up to half of provincial government spending.

4. Improved services data. Services are now 70 per cent of GDP, but the data coverage of services, both domestically and through international trade and investment, lags far behind the goods-producing sectors.

5. Better data on the extension of credit."

"The very decision to collect a specific data series also matters in more subtle ways. This is because researchers naturally gravitate to study problems for which they have good data. In some cases, this work overlooks more important problems simply because they're harder to measure."

"If I could only identify a single data deficiency in Canada, I'd highlight the obvious: The strong consensus on the need to reinstate a mandatory census. This matters in its own right for the information it provides, it matters because the census underpins the strength of other surveys conducted by Statistics Canada, and it matters because it would send a strong signal of the government's commitment to the importance of data collection. That said, we should challenge the overly-simplistic view that if only we collected this data series or that, we could solve numerous societal ills."

We asked readers what is the most important piece of economic data that Canada should be measuring, but isn't? Here's a few of the comments circulating around the Twittersphere:.

"Cost of government pensions to taxpayers"

"Think more important for media to publish numbers that are measured - in simplest format. Here's what we spend/what spend on" 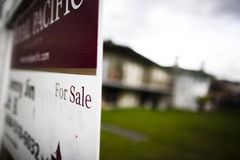 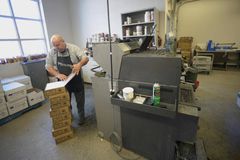 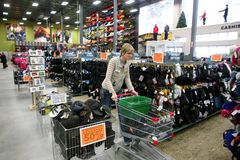 For the Bank of Canada, the glass is half-empty
Subscriber content
March 5, 2014 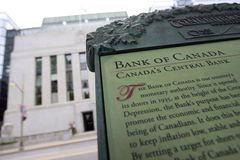 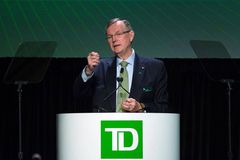