Ministers and negotiators from Canada and Mexico fly to Washington this week to hear how the Trump administration wants to change the North American free-trade agreement (NAFTA).

For Canada, the overriding objective is a deal that sustains and improves access to the U.S. market. The U.S. market accounts for nearly three-quarters of our trade and sustains an estimated 1.9 million Canadian jobs.

As the Trudeau government's NAFTA consultations have demonstrated, the southern border continues to be as much choke point as gateway. We made progress in the Harper era to reach beyond the border and to embrace regulatory co-operation. But this work needs a reboot.

We also have some housekeeping of our own – passing the legislation enabling U.S. customs preclearance operations for cross-border passage by air, sea and rail.

Partnering with the Mexicans, Canada is well-equipped to advance its objectives and use the talks to even greater advantage.

First, the Canadian team is experienced, having honed their skills negotiating free-trade deals across the Atlantic and the Pacific. Surveys show that Canadians are confident in the Trudeau government's ability to negotiate a good deal on their behalf. Canadians (and Mexicans) don't like U.S. President Donald Trump, according to Pew surveys. This antipathy will give the Trudeau government more elbow room.

Second, the U.S. idea of a border tax is off the table. This could have been a showstopper. The Americans want to rescind part of the current NAFTA dispute-settlement provisions, but we should be able to work this out again (as we will eventually with softwood lumber).

Fourth, there is broad public support in all three countries for continental free trade. A Pew survey conducted in May reports NAFTA enjoys the support of three in four Canadians and six in 10 Mexicans. Surprisingly, half of Americans (51 per cent) say NAFTA has been a good thing for the United States.

Mr. Trump's NAFTA fulminations have brought hitherto silent support for NAFTA to the surface, especially in the U.S. farm community. A core Trump constituency, their support for NAFTA helped convince Mr. Trump to renegotiate, rather than scrap, NAFTA.

Ms. Freeland compares the talks to "renovating a house while you're still living in it … getting there can be a little messy and uncomfortable." We can expect bumps, threats and counter threats, midnight tweets and other noise.

Our extraordinary outreach campaign into the United States identified more allies than we thought amongst U.S. governors and legislators. Continental trade works for them. Canada and Mexico must continue cultivating their support. We will need it when the revised agreement reaches the U.S. Congress.

Negotiations are traditionally conducted in secrecy, but the U.S. system is leaky by nature and by design. It is exacerbated by the current factionalism on Capitol Hill and within the Trump administration. To sustain public support, Canadian negotiators will have to keep consulting with stakeholders and then explain, explain, explain.

Canadian governments should use the negotiations as an opportunity to improve Canadian competitiveness.

Canadians want their governments to regulate for public safety and sovereignty but there are still thickets of red tape that need weeding. We need new and better connections – rail, road and pipe – to our ports. And let's take another swing at interprovincial trade barriers.

Trade promotion could do with a boost. Trade deals open doors, but it's the marketing that delivers the deals.

Canada can compete continentally and globally. We proved this in the decade of trade-led growth that followed the 1988 Canada-U.S. free-trade agreement. The premiers have taken to sales and marketing like ducks to water. So should our big-city mayors, home to so many of our service industries.

The "Canada brand" is strong and, for now, Prime Minister Justin Trudeau is the popular face of Canada. We can leverage this into more trade and investment, creating and sustaining the Trudeau goal of more middle-class jobs. As Canada's top salesman, Mr. Trudeau needs to lead this parade. Mexico, our NAFTA partner, should be his first stop.

Opinion
The U.S. has much to gain in embracing Freeland’s free-trade approach
August 14, 2017 Opinion
The U.S. argument in lumber talks is, yet again, based on faulty calculations
August 14, 2017 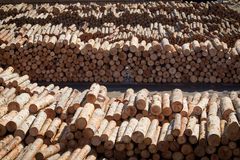 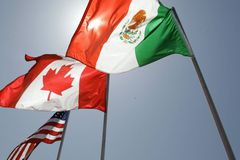