Glen Hodgson and Danielle Goldfarb are senior fellows at The Conference Board of Canada.

The tariffs on steel and aluminum announced by U.S. President Donald Trump last week are uncalled for. Mr. Trump has announced that the tariffs are being imposed based on national-security considerations. The Canadian government should strive to negotiate an exemption to the tariffs on the grounds that Canadian steel and aluminum does not pose a security threat. However, if Canada cannot get an exemption, the government needs to be careful in how it responds.

As Canada is the leading exporter of both products to the United States, Canadian firms would be severely affected if these tariffs go into effect. Canada's response needs to be highly targeted to maximize political impact, minimize the effect on Canada and reduce the risk of an all-out trade war. We recommend a response strategy with five elements.

Imposing tariffs in these industries would be self-defeating.

U.S. business interests and most Republicans are already largely opposed to these tariffs. Canada should support their efforts in the hopes that Mr. Trump will backtrack. If the government of Canada decides to reluctantly apply highly selective retaliatory tariffs, it should proceed along the lines outlined above.

The tariffs Mr. Trump has announced signal that he is keen to grant trade protection to industries that ask, with little due process. Canada needs to respond to deter future threats, but carefully, without risking further supply chain disruption and limiting the scope of a major global trade war. 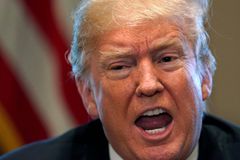 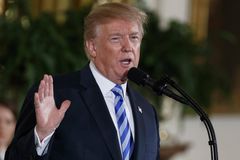