Throughout October, 1980, Democratic President Jimmy Carter maintained a slight edge over Republican challenger Ronald Reagan in the national opinion polls. Then, on Oct. 28, one week before the presidential election, the two men met face-to-face in the only televised debate of the campaign. Within 24 hours, Mr. Carter's slight advantage morphed, in the President's own internal polls, into a debacle of historic proportions. Mr. Reagan won by a landslide, taking 44 states, the worst defeat of an incumbent president since Franklin Delano Roosevelt humiliated Herbert Hoover in 1932. With just seven days to go before the nation voted, what went so wrong for Mr. Carter?

University of California political scientist Samuel Popkin tells the story in The Candidate: What It Takes to Win, and Hold, the White House, his newly published insider account of memorable moments in U.S. presidential politics. Consultant to the campaigns of four Democratic presidential candidates (and, according to his resumé, "of political parties in Canada and Europe"), Mr. Popkin was on hand at Camp David, two days before the debate, to prep Mr. Carter for his confrontation with Mr. Reagan.

Mr. Popkin had arrived at the secluded presidential retreat the previous night, assigned by Carter pollster Pat Caddell and press secretary Jody Powell to hold nothing back, to do "a full Reagan." He had prepared exhaustively, had studied Mr. Reagan's speeches and interviews. As the mock debate began, Mr. Popkin went after Mr. Carter with Mr. Reagan's exact words.

In his first question, Mr. Popkin quoted Mr. Reagan's assertion that Mr. Carter was blaming other people for his failures – blaming the American people themselves (for cynicism), Congress (for not passing his bills), the Federal Reserve (for not ending stagflation), OPEC (for raising the price of oil).

"The room went silent," Mr. Popkin recalls. "People started to tense up. Carter's staffers averted their gaze. Carter himself was bewildered. He alternately feigned a smile or wrinkled his nose or glared at me in anger. Then I noticed red spots on his cheeks and hostile looks from the Secret Service agents in the room."

After just 11 minutes, Mr. Carter angrily stalked out of the room.

"Why was Carter so angry?" Mr. Popkin asks. "I had said nothing that Reagan had not been saying for months. Yet many people in the room – including Carter himself – didn't know what Reagan had been saying."

The story is instructive. Incumbent presidents resent the need to defend themselves. They believe that the candidates who challenge them are unworthy. They believe that they are uniquely in touch with the people. They believe that they have accomplished much – and can't believe that everyone doesn't know it. Every incumbent president since Gerald Ford in 1976 – Jimmy Carter, Ronald Reagan, George H.W. Bush, Bill Clinton, George W. Bush – has resisted practice debates. In 1972, Mr. Ford tolerated just a few minutes of his mock debate. In 1996, Mr. Clinton "got clobbered" in his (although he won re-election anyway). George W. Bush moved his rehearsal to Crawford, Tex., so he could relax enough to participate.

As it happened, Mr. Carter blew his real debate with Mr. Reagan – most egregiously when he named Amy, his 12-year-old daughter, as his unofficial adviser on nuclear arms negotiations. In a single news cycle, late-night comedians had the nation in stitches. Mr. Carter's biggest error, Mr. Popkin says, was to think he was inherently superior to the lightweight Hollywood actor who sought to replace him.

Politicians, Mr. Popkin suggests, come to believe the lies they tell – especially presidents. We'll soon see how President Barack Obama, incumbent, will fare in 2012. Like 1980, the race is extremely tight. The economic mood is murky. The President is blaming others for his failures: Congress, of course, Wall Street, oil companies and, especially, the rich. Will history repeat when Mr. Obama confronts Republican Mitt Romney, in three televised debates, in October? Not all presidents who trip up are going to lose (as Clinton and Bush the Younger prove) but the ones who do lose (Ford, Carter, Bush the Elder) often do so by blindly underestimating their adversaries.

Mr. Popkin's The Candidate is an insider romp through American politics – and a guide to the presidential elections of 2012. The thing to remember, he says, is that Western democracies don't have famines to conquer or Great Leaps Forward to manage – and presidents aren't nearly as indispensible as they think. 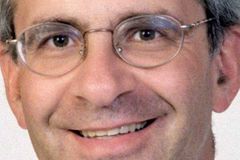 Federal prisoner gives Obama a run for his money in West Virginia primary
May 9, 2012 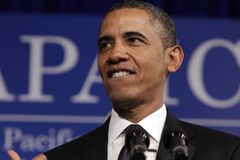