Robert Keller is a senior securities lawyer with experience in regulation and private practice in both Canada and the United States; Michael Motala is a member of the Overseas Press Club of America studying at Columbia University and Osgoode Hall Law School.

The first anniversary of Canada's crowdfunding rules is upon us, and the infant regime's annual performance has been disappointing in global comparison. To enhance our national competitiveness, securities regulators must heed the industry's demands for harmonized regulation and, in particular, address disparities between crowdfunding and similar sectors of alternative finance.

The National Crowdfunding Association of Canada (NCAC) recently estimated that, in 2016, Canadian crowdfunding raised $190-million, with capital formation growing 48 per cent from 2013-15. Yet, only a handful of companies have made use of the new crowdfunding rules, and the market's growth pales in comparison with our British and American peers. Alternative-finance professionals blame Canada's inefficient, onerous and regionally inconsistent regulatory landscape for the slower uptake.

According to the NCAC, the United States and Britain have projected alternative-finance volumes of $36-billion (U.S.) and £3.2-billion respectively. Even when adjusted for our much smaller population, Canada's crowdfunding market has underperformed, and this poses a risk to our international competitiveness by potentially limiting the growth of Canada's most innovative small- and medium-sized businesses.

Canada's complex securities-regulation regime is an outlier in the OECD world, and a burden for investors and firms looking to raise capital here, particularly small- and medium-sized enterprises. The securities industry has called upon the Ontario Securities Commission and other provincial regulators to remove unnecessary burdens and harmonize confusing regulations. Similarly, regulators should also turn their attention to the inconsistent regulations governing certain types of social impact investing, which is arguably a specialized type of crowdfunding.

Part of the problem is that the gatekeepers to the social impact investment market, and SVX in particular, seem overzealous.

Prospective investors face a significant regulatory hurdle when it comes to SVX: Each must qualify as an "accredited investor" under applicable provincial securities law. This means that individuals generally need a net worth of at least $1-million (Canadian), or an annual income of at least $200,000 for the previous two years.

By contrast, anyone may invest in issuers raising capital under the crowdfunding rules. While restrictions limit how much an individual can invest in crowdfunded ventures – namely, a maximum of $2,500 a distribution, and no more than $10,000 per year – the playing field is open to all.

Presumably, in 2013, when regulators approved the SVX, they believed that only wealthy investors could sustain the potential losses relating to the high-risk investments that the SVX was expected to offer. Accredited investor restrictions were imposed essentially to protect non-wealthy investors from themselves. However, beginning in January, 2016, Canada's crowdfunding rules went into effect, and arguably, the ventures that seek funding under those rules carry risks commensurate with those of SVX-based ventures.

In light of this disparity, the Ontario Securities Commission should harmonize the regulations that apply to the SVX with those that apply to crowdfunding ventures more generally, or at least articulate a persuasive justification for continuing with the two separate regulatory regimes.

Implementing harmonized participation restrictions on the amount of individual investments would level the playing field between crowdfunding and other areas of social finance, while maintaining a level of protection for investors who are more vulnerable to high-risk investments.

The SVX is providing an important service, and access to the SVX is therefore valuable. While it takes great pains to make clear that it is not a conventional exchange, the SVX is expressly required, under the terms of its exemption order, to perform a certain degree of issuer screening. As a result, it is clearly providing some degree of credibility for the small, socially conscious issuers that access its platform, which in turn benefits the investors who invest through it.

One additional issue plagues the SVX: its lack of transparency regarding the issuers it serves. This is hard-wired into the SVX's exemption order, which permits only accredited investors to gain access to information about the investments available through the SVX. We believe that greater accessibility to SVX issuers – and the greater transparency that will accompany it – can only be a good thing. If it turns out that SVX ventures generally perform worse than other crowdfunding ventures, that is something the public ought to know; but if, on the other hand, SVX investments offer, on average, a higher performance than other Canadian crowdfunded ventures, that is all the more reason to open up access to SVX ventures for all investors.

Canada's crowdfunding rules represent a balancing of competing policy goals – a compromise, in the great Canadian tradition. It is time to extend the application of that policy compromise to the SVX so that all Canadian investors have the ability to make a positive difference in the world with their investing dollars, as well as secure the same potential profits as wealthier investors. 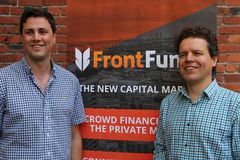 OSC clears path for startup-funding powerhouse AngelList Subscriber content
April 5, 2017
Impak uses crowdfunding to join premier banks Subscriber content
April 8, 2017
Follow us on Twitter @globeandmail Opens in a new window
Report an error
Due to technical reasons, we have temporarily removed commenting from our articles. We hope to have this fixed soon. Thank you for your patience. If you are looking to give feedback on our new site, please send it along to feedback@globeandmail.com. If you want to write a letter to the editor, please forward to letters@globeandmail.com.
Comments