The Trudeau government's proposed passenger bill of rights is awaiting approval by the Senate, but most of us aren't holding our breath that the legislation will put the fun back in air travel any time soon. At best, it may make airlines a little less brazen about how they treat their economy-class passengers.

It sure won't bring down fares on domestic routes on which Air Canada holds a monopoly. And that has opposition politicians in Quebec calling for the renewed regulation of ticket prices in response to pressure from regional mayors who complain of price gouging by the airline.

A growing social-media furor over ticket prices among Quebeckers who live in far-flung communities such as Gaspé, Rouyn-Noranda and Saguenay prompted the provincial government to hold a summit on the issue last week. Facing an election this year, Premier Philippe Couillard promised more subsidies for regional air travellers and airports and the creation of a working group to study ways to bring down fares, including price regulation.

"As a government, we generally prefer to let market forces act and competition establish itself. But that's not working," Mr. Couillard said. "There is something flawed. Market forces aren't working fairly for everyone. That's why I want to intervene."

Montreal-based Air Canada is even more dominant in Quebec than elsewhere in Canada, with a monopoly on two-thirds of the routes in the province. That means you can usually buy a Montreal-Paris return ticket for less than you need to fork out to fly to Gaspé, a favourite vacation spot for Quebeckers.

It's the same story on other intraprovincial routes.

On Tuesday, Air Canada's lowest return fare for a Feb. 14-21 flight from Montreal to Rouyn-Noranda was $740, but only $475 for return fare on the same dates between Toronto and Timmins, Ont., despite the latter route's longer distance. Sales taxes, airport charges and other non-airline fees account for about 20 per cent of the ticket price on both routes.

The main difference is that Air Canada competes with Porter Airlines on the Toronto-Timmins route, but holds a monopoly on air service from Montreal to Rouyn.

Quebec mayors cite the high cost of air travel as a major barrier to their economic development, especially tourism. They accuse Air Canada of preventing new carriers from entering the market by slashing prices, only to raise them once prospective competitors have been scared off.

The Union des municipalités du Québec has sought to lure established carriers Porter and WestJet to take on Air Canada on lower-density routes in the province, but they have so far demurred.

Hence, the UMQ is asking governments to decree a minimum-fare price to prevent Air Canada from undercutting prospective competitors in the future. They also want governments to eliminate sales taxes on regional air travel.

Ottawa deregulated air fares 30 years ago and the Trudeau government is not eager to get back into the business of setting prices. Instead, Transport Minister Marc Garneau said last week Ottawa hopes to entice new entrants by raising the foreign-ownership limit on domestic carriers to 49 per cent from 25 per cent. Few regional mayors expect that to do the trick.

On the same day as last week's Quebec summit, Air Canada announced it was dropping the price on 10- and 30-flight passes on regional routes in the province.

It also promoted a seat sale on low-density routes for travel between April and December. But the offer expires on Feb. 15.

"In two weeks, they're going to increase the price," lamented Quebec City Mayor Régis Labeaume. "We can't accept a monopoly like that in 2018."

Most of the regional flights are operated under the Air Canada Express banner by Halifax-based Chorus Aviation's Jazz division, which was spun off from Air Canada in 2006. Jazz operates the flights under a capacity purchase agreement (CPA) with Air Canada.

But Air Canada "is responsible for scheduling, pricing, product distribution, seat inventories, marketing and advertising," according to Chorus's regulatory filings.

Air Canada, meanwhile, reported a record third-quarter profit of $1.79-billion in the three months to Sept. 30, prompting chief executive officer Calin Rovinescu to claim that the company's "new business model is firing on all cylinders."

So, why would the Quebec government further pad Air Canada's bottom line by increasing subsidies for passengers on regional routes?

Quebec already subsidizes flights to and from the Magdalen Islands and far north. After Mr. Couillard promised to extend the program to include Gaspé, Saguenay and Rouyn-Noranda, Parti Québécois Leader Jean-François Lisée accused him of "giving in to the Air Canada lobby."

The subsidies, the details of which are to be announced in the upcoming budget, will boost demand for air travel.

"The winner from that is Air Canada," Mr. Lisée said.

The loser is the beleaguered Quebec taxpayer, for whom, last we checked, no bill of rights is being contemplated. 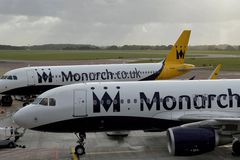 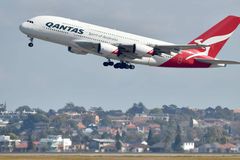