Vicki Saunders is founder of SheEO.

We seem to be obsessed these days with unicorns. Unicorns are high-growth companies that get to billion-dollar valuations very quickly.

In country after country, leaders are trying to replicate the Silicon Valley model with a "winner takes all" mindset. This mindset has led to 85 people in the world having the same wealth as 3.5 billion people.

This model is entirely broken.

We waste billions of dollars chasing ideas that are totally unproven in the hopes of outsized returns, which rarely happen. In fact, if you take the top 20 performing companies out of the equation, venture capital performs worse than municipal bonds.

Look at Angry Birds. Its maker, once a marketplace darling, is undergoing a spectacular meltdown. Who would have thought that a game focused on angry birds wouldn't last?

And we are obsessed with incubators and accelerators and angel funds as the pathway out of our low-innovation economy. I co-founded the first incubator in Canada, back in 1999, and I have since worked at version 2.0 of these models at MaRS and at the Digital Media Zone at Ryerson University, and advised at others. They are a part of the solution, but not the only one.

I think we're missing a whole segment of our economy because we're stuck in a mindset that we can't seem to easily shake.

Ninety-eight per cent of our economy is made up of small- and medium-sized businesses. Fewer than 1,200 companies in this country have more than 500 employees. Big is not the norm.

Investors don't focus on supporting and growing small– and medium-sized businesses because they aren't "sexy." They don't "scale." They aren't in "hot" markets. And they don't get outsized returns. However, a loan to a solid business to hire a few more people to grow sales is far more sustainable and likely to have a return than betting it all on a new idea with an unproven entrepreneur in a crowded space.

Last year, two-thirds of businesses in Canada were started by women. Sixty-eight per cent had no outside capital and 73 per cent are already profitable. And they could grow, if they had support. But these businesses have been dramatically underfinanced, undersupported and undercelebrated for decades.

New data have emerged showing that if female entrepreneurs were financed to the same degree as their male counterparts, we'd create six million jobs in North America in the next five years. This is a huge economic engine we haven't even tried to engage.

It's time for a new approach.

Government pays lip service to small business, but is increasingly chasing unicorns as well. Tech startup funding is the new jobs strategy. Every university is getting loaded up with money to create incubators.

But where's the diversity in our strategy? In the best incubators in the country, less than 25 per cent of the ventures are led by women and a requirement that founders be STEM (science, technology, engineering and math) grads for government-backed seed funding acts as another bias against women. Who says you need to have a math degree to run a venture?

And, institutionally, the Business Development Bank of Canada invests $4-billion a year. Guess what percentage goes to female-owned businesses? Six per cent.

Venture capitalists can be biased all they want. It's their private money. But when government starts getting into that game, it's time to yell from the rooftops.

The largest wealth transfer in history is happening right now. And 75 per cent of that wealth will be inherited by women. We also make 80 per cent of purchasing decisions. And women are starting businesses at almost twice the pace of men.

Women have the capital, the buying power and the pipeline to create a whole new model of a thriving economy. Funding and supporting businesses that already have revenue and customers fits well with women's risk profile and it fits better with Canada's risk profile. We need to check our thinking and pay attention to the data sitting right in front of us. Female entrepreneurs are the job creation strategy we've been waiting for.

Why women matter when it comes to Canada’s gross domestic product
September 21, 2015 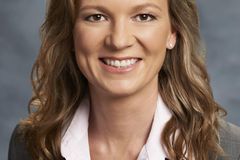 Opinion
SheEO has a bold vision to get venture capital to female entrepreneurs
August 29, 2015 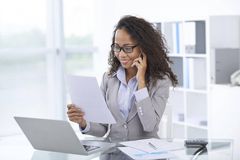 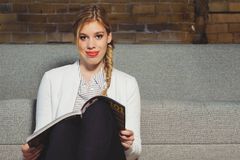