While the global economy has profited enormously from increased trade and investment, there is greater awareness today about the unequal distribution of the gains. That is why Canada has included gender-equality provisions into the negotiations of a revised North American free-trade agreement. This is important not only from a rights perspective, but also because a country's ability to compete internationally and unlock the full potential of trade is constrained when gender inequality is high.

Men and women are often not on equal footing when it comes to benefiting from free-trade agreements. Trade liberalization can exacerbate existing gender inequalities. Globally, women account for 70 per cent of those living in extreme poverty. In turn, poor women are less likely to have the education and training to benefit from new jobs created through trade. They are even less likely to be able to launch a business that sells goods to foreign buyers. Moreover, occupations continue to be gender segregated.

Take the services sector: Women usually dominate in services, but until recently, it has been shielded from trade liberalization. Men tend to be more employed in traditional export sectors – such as natural resources, agriculture and manufacturing. Female entrepreneurs often run small firms that have less access to productive resources, capital and networks, compared with similar-sized firms run by men. This means female entrepreneurs are at a disadvantage in exploiting new trade-related opportunities.

Experts have identified several areas as needing improvement in any new free-trade agreement. These include: the scarcity of labour protections to reduce discrimination facing female workers; the lack of measures to better integrate women into public and private procurement chains; and the male-oriented list of business professions in the labour-mobility provisions in NAFTA.

Tackling the gender imbalance in a modernized NAFTA needs to be more than symbolic. There are many ways that Canada can give the gender-equality agenda some teeth.

First, Canada should push for a gender and trade chapter that creates a gender committee in each NAFTA country. The chapter needs to include specific, achievable objectives, such as those in the updated Canada-Chile free-trade agreement. For example, a gender and trade chapter in NAFTA could include commitments by all three countries to track and monitor gender-equality issues through their respective gender committees, with the goal of reducing existing gender disparities. These committees will need adequate financial resources to undertake analysis and carry out outreach activities.

Second, a modernized NAFTA should include more specific language around the gender issues at hand. One way of doing this is to specify "priority gender issues" for each of the member countries. Stating the priority issues in a gender and trade chapter would minimize multiple interpretations of the new chapter following ratification. Another equally important way to make progress would be to evaluate the various NAFTA chapters, and where it makes sense, update applicable sections of the agreement based on a gender analysis. This analysis is very feasible for the North American Agreement on Labour Co-operation (NAALC), as there are well-established principles in international labour conventions around anti-discrimination. It is straightforward to track and analyze gender inequality using sex-disaggregated labour-force data, allowing for an evaluation of progress against these types of objectives.

Third, there are several complementary channels to ensure that these free-trade-agreement innovations do not fall short. These include: increased funding for co-operation and technical assistance aimed at reducing gender inequality in North American workplaces and labour markets; better enforcement of labour rights (such as the treatment of pregnant workers); better supports for female entrepreneurs and business owners; and sharing effective practices in advancing gender equality. As the Conference Board of Canada recently highlighted in a report on supplier diversity this year, Canada, the United States and Mexico could also focus on more effective involvement of women-owned enterprises into public and private procurement chains.

Finally, public reporting on the trade impacts of the new NAFTA could be enhanced. Periodic NAFTA reviews – that include a gender dimension – would result in greater transparency around what we're doing where gender disparities exist.

While ambitious, everybody wins if Canada manages to keep gender equality on the table at the negotiations in Mexico City starting on Nov. 17.

Opinion
Canada needs to take a clear-eyed review on its NAFTA strategy
November 13, 2017 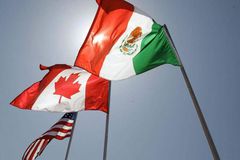 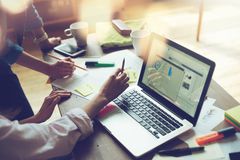 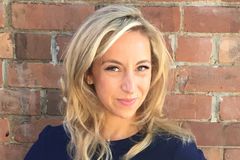