Should technology companies be legally responsible for policing the global Internet to enforce the laws of any one country?

This thorny question is at the heart of a case now being heard by the Supreme Court of Canada, as Google challenges a British Columbia court order requiring it to block certain search results worldwide. If the order is upheld, it could set a precedent with profound and far-reaching implications, not only for Google and other tech firms with global reach, but also for the future of free and open access to information on the Internet.

The order against Google arose from a legal fight between a B.C.-based manufacturer of complex industrial equipment, Equustek Solutions Inc., and its former distributors, which Equustek alleges stole its trade secrets, eventually developing competing products and selling them on the Internet.

Despite a 2012 order for contempt of court and an ensuing arrest warrant, the former distributors have continued to flout multiple court orders to stop advertising and selling the products online. Unable to reach the defendants directly, Equustek set its sights on strangling their Internet traffic.

Equustek asked the B.C. courts to require Google to remove hundreds of websites that market the infringing products from Google search results worldwide. The order was granted and now Google is asking the Supreme Court to reverse it.

Among Google's arguments is that the B.C. court has "deputized" it to carry out the functions of Canadian law enforcement by forcing the search giant into an endless and costly game of "whack-a-mole" with the defendants' websites. Google did nothing wrong, but is being forced to bear the cost and responsibility to fix the problem.

In deciding the case, the Supreme Court will need to consider the extent to which courts may compel technology companies to act as intermediaries in combatting illegal activity. This is a contentious topic, as we saw earlier this year in the United States when Apple resisted a court order requiring it to co-operate with the FBI in circumventing security features of an iPhone belonging to one of the shooters in the San Bernardino, Calif., attack. The legal battle quickly became a charged public drama.

While the FBI eventually managed to crack the phone on its own, the parallels to the Google case are striking.

Like Apple, Google is an innocent third party that views itself as being pressed into service by the legal system to thwart a wrongdoer. While court orders against innocent third parties are nothing new under Canadian and U.S. law, the question before the Canadian Supreme Court is when such orders – which usually involve discreet tasks such as gathering documents or freezing bank accounts – effectively deputize tech companies into state agents with law-enforcement responsibilities.

Moreover, Google is concerned by the prospect that court orders from a single jurisdiction can require the search engine to change its worldwide results. This is particularly troubling, given that Google is neither incorporated nor has any offices in British Columbia. Courts in Canada may have jurisdiction over google.ca, but Google has more than 100 localized websites – from Andorra to Zimbabwe – and it is rightly uneasy about the Canadian courts purporting to edit them all.

Certainly, Canadians would not want their Google search results to be subject to the laws of every country where Google may be accessed, including those with authoritarian regimes that routinely stifle free speech.

Google's concerns are clear and valid: Domestic regulation that reaches outside its borders risks setting off a "global race to the bottom, harming access to information that is perfectly lawful to view in one's own country."

Ultimately, the British Columbia court did not give enough weight to the distinction between public and private actors and the importance of restraining the jurisdiction of Canadian courts to the territory of Canada. In so doing, the injunction upset the delicate balance between enforcing the rule of law and the interest we all have in safeguarding liberty and freedom of speech on the Internet, a borderless communication medium that is without precedent in human history.

Ivo Entchev is an attorney at Holwell Shuster & Goldberg LLP in New York and president of the Canadian American Bar Association. Jeremy Opolsky is a lawyer at Torys LLP in Toronto. The views expressed are those of the authors alone and may not reflect the views of their law firms. 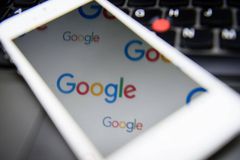