Garfield Emerson is a corporate director and lawyer, and publisher of governancecanada.com.

Investment manager Larry Fink of BlackRock Inc. recently sent a message to corporate CEOs. The epistle emphasized the obligation of corporations to society. Mr. Fink noted that income and wealth inequality in the world are factors that have increased political and social division. President John F. Kennedy's inaugural address succinctly made that point: "If a free society cannot help the many who are poor, it cannot save the few who are rich." The French and other revolutions have exhibited this truism. "Après nous, le déluge."

In the United States, the debate over the role of the corporation in society has continued for generations. Teddy Roosevelt steadfastly enforced the Sherman Antitrust Act to break up the self-enriching monopolies of Rockefeller, J.P. Morgan and others in the public interest. Canadians have not been active in this arena, supporting instead corporate champions. Franklin Roosevelt's New Deal was propelled forward by the Great Depression. Some argue that FDR saved U.S. capitalism from itself. Academics and economists remain polarized on the proper purpose of corporations.

There should be no opposition to the creation of wealth in a free society through valid endeavours. The question is: What is the proper use of wealth once accumulated?

Wealth is not created in a vacuum in developed and democratic countries. The valued principles of the rule of law, private enterprise, individual freedoms, civil and political rights, economic mobility, access to education and health care, a supervised mixed economy and the power of sustainable revenues from a consumptive populace are among the essential ingredients that permit individuals to earn their private wealth.

The "self-made" rich do not exist in isolation outside the support of these protective and enabling surroundings and the fertile jurisdictions for prosperity they bring into existence.

CEOs of leading businesses correctly point out that corporate profits are necessary to benefit the social fabric, through such activities as job creation, investment, community support and charitable giving.

Free enterprise and private ownership have proven to be a better way to improve the welfare of the citizenry. It must also be obvious, however, that if there is not first an underlying healthy society, independent corporations cannot prosper in a democratic market-based economy and that such economies ultimately succumb to the pressures of forces seeking fairness, often causing nondemocratic and corrupt outcomes.

It is important to remember that corporations are just artificial legal creations, constructed to limit liability and facilitate the conduct of business. For those business leaders who are unaware, Mr. Fink informed them that "Society is demanding that companies, both public and private, serve a social purpose. To prosper over time, every company must not only deliver financial performance, but also show how it makes a positive contribution to society."

Mr. Fink correctly identified the obligations of corporations to benefit the societies in which they operate and which are the foundations of their existence. Companies are a principal medium by which wealth is created. For corporations that do not have controlling shareholders, the board of directors and management are responsible to fulfill their companies' obligations to society, beyond conducting business as usual.

In Canada, many significant corporate enterprises have controlling shareholders. In these circumstances, the weight of the responsibility to commit the company to contribute to civil society moves to them. Controlling shareholders not only have the authority to influence their companies to increase social contributions, but they are themselves the principal beneficiaries of the wealth created by corporate success in the marketplace.

The corporate veil must be pierced to communicate Mr. Fink's message to Canada's controlling shareholders. Being wealthy, through your own efforts, or by inheritance, is embraced. But, what is the purpose of wealth, beyond providing a personal lifestyle? Is acquired wealth to be applied solely for the private consumption of the entrepreneurs, business owners and investors and their heirs and to influence those in power? Or, do the wealthy have an obligation to settle their accounts with society for the facilitating providence that has been provided to them?

Ultimately, excess wealth should be endowed in benefits to improve society. Many of the wealthiest Canadian families can do more to acknowledge their debt to our civil community. There are 174 pledgers who signed the Giving Pledge – a commitment by the world's wealthiest individuals and families to dedicate the majority of their wealth to giving back, the initiative created by Bill and Melinda Gates and Warren Buffett. 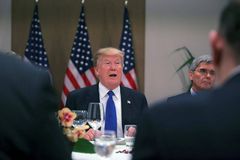 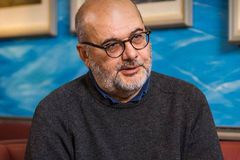 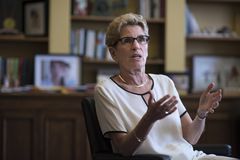