Canadian leadership in global food production could help drive an economic growth agenda for the country for generations. This is the aspiration put in front of the Minister of Finance in a report released recently from the Advisory Council on Economic Growth.

Last year, the Council was charged by Bill Morneau to recommend bold actions to drive inclusive economic growth. Among many ideas to improve Canada's economy, it declared that now is the time to leverage those sectors where we could be global leaders so to unlock Canada's full potential.

The Council identified that one of Canada's most promising sectors is agriculture and food (ag-food). The sector is one of the nation's largest employers. Being responsible for 2.1 million direct and indirect jobs, it is a force for economic inclusion across rural and urban Canada alike.

The sector occupies a position of strength. Canadian ingredients and food have a reputation of safety, quality and trustworthiness. Canada's food brand is enhanced by the country's natural advantage, its stock of natural resources – fresh water and arable land – and an ecological footprint in producing food that is among the best in the world.

Global market trends are also in Canada's favour. By 2050, global food demand is expected to rise by 70 per cent on the back of three billion more middle-class consumers – mostly in Asia – whose diets are shifting, including to more protein. A sophisticated, ethnically diverse consumer base stimulates product development at home and, as the world seeks out food from places it trusts, Canada's brand will become even more appealing to discriminating consumers both here and abroad.

Despite our strengths, Canada ranks fifth globally in agriculture exports and only 11th in processed-food product exports, behind far smaller countries such as Holland, and behind less economically advanced countries such as Brazil. Few of our food companies achieve world scale, and only 50 per cent of our agricultural production is processed here. Increasing our global market share of ag-food exports could add tens of billions of dollars to our economy.

Meanwhile, we are competing against other countries that are increasing agricultural output often supported by an array of subsidies (which often come at the expense of local ecosystems). On trade, Canada's signature deal with the EU stands in contrast to no deal with China, India and Japan, which represent three of our highest potential ag-food export destination markets.

Winning globally requires bolder ambitions, an urgent strategy, and a new form of co-operation between the private and public sector. Continually adding value to what we produce – based on our country's advantages – is our opportunity.

If Canada wants to be a nimble global competitor, we can't constrain ourselves with a conventional regulatory structure.

"Food" issues fall under the domain of several departments which could be better co-ordinated – for instance to reconcile health and economic policy priorities. While federal ministerial mandate letters now encourage interdepartmental accountabilities, Canada needs to deploy a whole-of-government approach to policy making to make big headway against such issues.

Now, more than ever, Canada needs to be clear about how it can develop an economic policy that is clearly in its national best interest. This starts by having a bold vision about what we can accomplish. Canada's ag-food sector could become the trusted global leader in safe, nutritious and sustainable food for the 21st century.

Making this common goal a reality will require commitment from across Canada's diverse food system, and collaboration with related sectors. For example, the ag-food and health sectors can work together to improve nutrition and lower the incidence of diet-related chronic diseases and help reduce future health-care costs.

The sector can work with the environmental sector and other industries to respond to climate change and even aim to enhance our performance on managing water, soil, carbon and biodiversity. We can more fully realize the benefits of new digital technologies, including analytics ("big data"), automation and genomics. The sector can also work together with transportation, manufacturing and infrastructure players to improve the competitiveness of both producers and processors. Bringing people together on mutual objectives can attract the talent and investment needed to move forward.

Taking the next step includes rallying both government and the private sector to set a bold aspiration for growth in Canada's national strategic interest. While this call to action can start with the Prime Minister and his ministers, leaders from across the food system and adjacent players from finance, technology, health and research, among others, should be encouraged to step up and help make it happen.

Being a global food champion for tomorrow cannot be held back by how we have worked yesterday.

Dominic Barton is the global managing partner of McKinsey & Company. David McInnes is President and CEO of the Canadian Agri-Food Policy Institute. (CAPI was not a member of the Growth Council.) 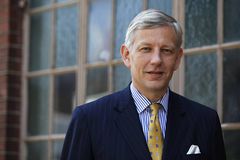 U.S. dairy farmers push for Trump to milk the Canadian market
February 21, 2017
Opinion
When ‘tweaking’ NAFTA, bilateral talks are best
February 16, 2017
Follow us on Twitter @globeandmail Opens in a new window
Report an error
Due to technical reasons, we have temporarily removed commenting from our articles. We hope to have this fixed soon. Thank you for your patience. If you are looking to give feedback on our new site, please send it along to feedback@globeandmail.com. If you want to write a letter to the editor, please forward to letters@globeandmail.com.
Comments