If you believe everything you read, there is a consensus emerging about the future of work and it isn't pretty. You see, the robots are coming and they will put all but the brainiest humans out of work. The rest of us will scrounge not only for income, but for meaning in our idle lives.

If you're lucky enough to own capital – such as shares in the companies that own robots, or the robots themselves – you'll probably do all right, financially speaking, even without a job. But if you depend on wage income to survive, you'll likely be staring at irrelevance and insecurity.

"What may be looming," this month's cover story in The Atlantic warns, is "an era of technological unemployment, in which computer scientists and software engineers essentially invest us out of work, and the total number of jobs declines steadily and permanently."

Over at the normally non-alarmist Foreign Affairs, the latest cover is also devoted to our coming robot overlords. One essay explores whether humans will "go the way of horses." Another warns of "the coming robot dystopia." Yet another insists that "the techno-optimists are wrong."

It's tough to say which of the bunch is most pessimistic; they're all downers. But Martin Wolf delivers perhaps the most depressing indictment of modern technology as mostly "trivial" in its contribution to humankind, yet destructive of a fair balance between labour and capital.

Past leaps in technology displaced workers, but they also created new kinds of work, enhanced quality of life and led to big productivity gains. But today's innovations are displacing workers without delivering the gains in output and productivity needed to employ them elsewhere.

"Past innovations generated vastly greater unmeasured value than the relatively trivial innovations of today," the Financial Times columnist says in his Foreign Affairs piece. "Just consider the shift from a world without telephones to one with them, or from a world of oil lamps to one with electric light. Next to that, who cares about Facebook or the iPad?"

Mr. Wolf notes that the information age has corresponded with lower productivity growth in developed countries, in part because the sectors in which automation leads to the biggest productivity growth, such as manufacturing, account for a much smaller share of the economy.

"The information age coincided with – and must, to some extent have caused – adverse economic trends: the stagnation of median real incomes, rising inequality of labour income and the distribution of income between labour and capital and growing long-term unemployment."

As this continues – which it will, since IT is unstoppable – Mr. Wolf says: "We may need to redistribute income and wealth on a large scale." He suggests government "obtain an automatic share of the income from the intellectual property it protects."

Support for a universal basic income (an idea popularized in the 1970s, when Western countries grappled with chronic high unemployment as baby boomers entered the work force) resurfaces in many of these articles on the future of work. Programs tied to jobs, such as employment insurance and pensions, will need to be redesigned to account for a transient work force.

French policy analysts Nicolas Colin and Bruno Palier recommend that other countries adopt the Nordic model of "flexicurity" in which benefits are decoupled from jobs. By guaranteeing access to health care, housing and training, "people won't be so terrified of switching jobs or losing a job," they say in another Foreign Affairs piece. "The best social policy in a fast-paced, highly competitive digital economy may ironically be one that involves more state activism than digital entrepreneurs themselves usually favour."

Futurists used to idealize the end of work as the dawn of a golden age of leisure, and a few still do. But the more likely outcome, Derek Thompson says in The Atlantic, is one of meaninglessness and social dysfunction. "The paradox of work is that many people hate their jobs, but they are considerably more miserable doing nothing." Jobless males, especially, tend to spend their time watching television, surfing the Internet and sleeping, rather than becoming Renaissance men.

"The unemployed theoretically have the most time to socialize … yet studies have shown that they feel the most social isolation; it is surprisingly hard to replace the camaraderie of the water cooler," Thompson notes. Rather than tackling the "daunting" politics of adopting a universal income, he thinks government paying "people to do something rather than nothing" might be more politically feasible than mass idleness. It has the added attraction of preserving work's social benefits.

Still, none of this makes the future sound very liberating. Unless, of course, you don't believe everything you read. 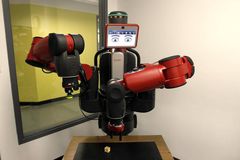 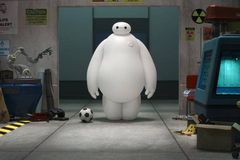 In the age of disruptive innovation, adaptability is what matters most
May 13, 2015 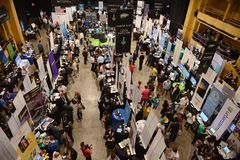