Science Minister Gary Goodyear says he's been lobbied harder on Ottawa's signature research tax-credit scheme than anything else in the lead-up to Thursday's federal budget.

He's not alone. Finance Minister Jim Flaherty, Industry Minister Christian Paradis and even Prime Minister Stephen Harper are hearing it from all sides.

SR&ED pays out $3.5-billion a year to roughly 24,000 Canadian companies, representing 70 per cent of what the government spends on business research and development. Companies in almost every industry pocket the credits – from multinationals Bombardier and Research In Motion to tiny startups, and even bakeries and dairy farmers.

Mr. Jenkins concluded that SR&ED is far too complicated and isn't generating enough R&D for the billions spent. Unlike almost every other major industrialized country, Canada puts most of its R&D effort into tax breaks, rather than grants or purchasing incentives.

Mr. Jenkins' prescription: limit the credits to labour costs, reduce the generous 35-per-cent refundable credit for small Canadian-controlled private companies, and then plow the savings back into more strategic and later-stage financing.

The recommendations aren't sitting well with the "Save SR&ED" lobby.

Venture capitalists, the SR&ED consulting industry and various sectors of manufacturing have lobbied furiously to persuade Ottawa to make the program even more generous than it is now. Barring that, they want the government to delay any changes, pending further consultation.

"We have one of the greatest innovation programs in the world," Mr. Ruffolo argued. "We should look at ideas to deliver it more efficiently and eliminate any abuse, but let's not throw out the baby with the bath water."

In a letter to Mr. Harper, Deloitte & Touche LLP, the country's leading R&D tax-credit consultant, warned that Mr. Jenkins' recommendations could "harm Canada's innovation economy and the high-value jobs and economic growth it provides." It also complained that limiting SR&ED to labour expenses would discriminate against capital-intensive industries, such as biotech.

The impassioned rhetoric obscures the fact that neither Mr. Jenkins nor the federal government has even hinted at getting out of the R&D tax-credit business. Mr. Jenkins merely urged a better balance between credits and direct funding – a principle the government says it's ready to endorse.

David Hearn of Toronto-based Scitax Advisory Partners says he expects the government to stick close to the Jenkins report and restrict the credits to labour expenses.

Even the save-SR&ED crowd doesn't deny that the program has significant flaws.

Eligibility is overly complex, forcing many companies to rely on high-priced consultants – some of whom charge percentage-based "success fees" of up to 30 per cent. That means too much of the money Ottawa pays out winds up in the hands of consultants. How much is a subject of considerable debate. An industry survey shows the country's Big Six accounting firms pocketed a combined $117-million in fees in 2010, representing a sizeable chunk of the industry total.

Abuse is also an acknowledged problem. Canada Revenue Agency has repeatedly warned it is grappling with a rise in bogus and undocumented claims.

And there's an inherent design flaw. Smaller Canadian-controlled private companies with modest profits qualify for the instant 35-per-cent cash rebate on the first $3-million of eligible R&D expenses. All other companies get a 20-per-cent credit against profits.

The result is that small companies have a perverse disincentive to grow, and even to split R&D activity between multiple smaller, inefficient entities. The program should encourage small companies to grow into larger world players, capable of grabbing the mantle from the likes of RIM.

Perhaps most importantly, the status quo is demonstrably not working.

After an endless series of reports and recommendations, Ottawa has all the evidence it needs to fix its tax-credit regime. 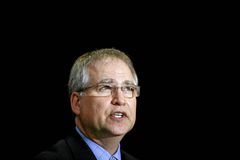 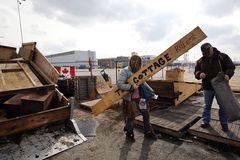 Jeffrey Immelt has a cure for Canada's 'resource curse'
March 30, 2012 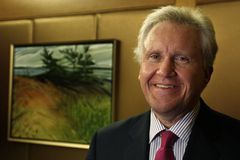 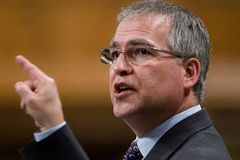 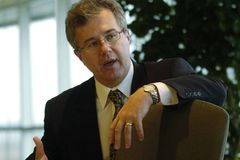