Martin Kenney is managing partner of Martin Kenney & Co. Solicitors, a specialist investigative and asset-recovery practice based in the British Virgin Islands and focused on multijurisdictional fraud and grand corruption cases.

The European Union's recent decision that Ireland's low level of taxation of Apple is an unlawful form of state aid under EU competition law will once again have commentators rattling their swords and demanding blood. There is also the small matter of Apple paying the €13-billion ($19-billion) to the Irish taxman.

I find reports of such events to be interesting, as I attempt to identify the not-so-subtle underlying moral dilemmas thrust upon the businesses concerned. Those doing the thrusting tend to have little understanding of how companies operate to grow the economy.

Cross-border corporate taxation is an extremely complex subject. Accountants and lawyers undergo years of training to practise in this arena. Distilling it into a few paragraphs does the public a disservice. Corporate stewards owe a fiduciary duty to ensure that their companies lawfully pay as little tax as possible. Being tax-efficient and operating within the confines of the laws of the land is tax avoidance – this is not a crime. Lying and misleading the taxman is called tax evasion, which is a crime.

Lord Justice Tomlin, who presided over the IRC v. Duke of Westminster case (1936), explained: "Every man is entitled if he can to arrange his affairs so that the tax attaching under the appropriate acts is less than it otherwise would be. If he succeeds in ordering them so as to secure that result, then, however unappreciative the Commissioners of Inland Revenue or his fellow taxpayers may be of his ingenuity, he cannot be compelled to pay an increased tax."

The duke won his skirmish with the taxman, resulting in a decision that is cited to this day.

Providing a competitive tax arena is arguably a social good, as it is the state's duty to deliver services as efficiently as possible. One tool of coercion to support excellence in government administration is tax competition. Ireland chose to make itself an attractive base for Apple and the Irish have reaped the rewards with jobs. It remains to be seen how Apple will respond if this decision stands – will it pull out of Ireland and move its operations elsewhere? If so, who wins and who loses?

Such rulings were among the collective straws that broke Britain's back and led to the Brexit vote – a classic example of how the EU can undermine decisions made with good intentions by locally elected politicians. I don't want to become sidetracked by Brexit, but I can't help wondering whether there is a degree of green-eyed envy at play in Europe, seeing little old Ireland hosting one of the biggest corporations on the globe.

As an Irish-Canadian lawyer specializing in the investigation of international fraud and asset recovery, I am proud to be based in the British Virgin Islands. But the BVI is constantly brought under similar threat from the self-righteous, who attack it on the basis that it is a tax-efficient destination for offshore companies.

Surprising as it may seem, a number of economists and tax-policy analysts have offered the view that any form of taxation on corporate earnings is regressive for the overall health and vitality of an economy. The theory is that corporations will either rationally (a) invest surplus profits into productive activities, such as employing more people, expanding market reach and chasing return, or (b) distribute profits to shareholders, at which point tax is levied on the dividends.

I accept there are moral arguments for big corporations to pay more tax. However, as long as they operate and function within the confines of the law, these arguments lose some of their lustre – especially when the corporation in question has brought significant numbers of jobs (and thereby tax revenue) to the state prepared to offer it the best deal. 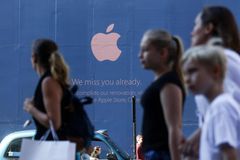