Is the world descending into a currency war? This week's People's Bank of China decision to cut the daily reference rate by 1.9 per cent seemed to suggest a deliberate attempt to weaken the yuan in order to make Chinese exports more competitive. In fact, following the cut, the yuan fell by 1.8 per cent, its single largest drop in two decades.

An 8.3-per-cent drop in China's exports in the past year and a buildup of overcapacity in the manufacturing sector that can translate into unemployment – the current official rate is approximately 4 per cent – corroborate the view that Beijing may have intended to trigger a competitive devaluation. Thus the yuan's plunge, despite the central bank's reassurance that the intervention was a one-off.

But is it really plausible to believe that China decided to significantly intervene on the daily reference rate just to give a boost to its exports? This explanation contradicts the Chinese leadership's attempt to shift the world's perception of China as a rogue player to a responsible economic power – the newly established Asian Infrastructure Investment Bank has helped improve China's international reputation.

In addition, a competitive devaluation does not square well with China's ambition to see the yuan as one of the world's reserve currencies – based on the IMF's decision on whether to include the yuan in the special drawing rights basket.

And, finally, what's the point of triggering another confrontation with the U.S. Congress on the matter of "currency manipulation," while alienating other developing countries? Back in the days of the "currency wars" rhetoric, in 2010 and then again in 2013, China was quite critical of the U.S. Federal Reserve's monetary policy because of its adverse impact on emerging-market economies. However, by going down the route of a competitive devaluation itself, it loses credibility and looks like another big country determined to advance its domestic priorities regardless of the impact on others.

Instead, what if the turmoil around the yuan is the unintended outcome of a too-bold reform of China's exchange rate mechanism? By allowing market makers – 35 large banks – to submit prices for the reference rate based on the previous day's closing spot rate, the country's central bank has shifted the fixing of the exchange rate toward the market and away from policy makers.

The value of the yuan should now more closely reflect demand and supply, rather than just being fixed by the monetary authorities at the level they deem compatible with the Chinese government's policy objectives. There should be praise rather than blame.

Indeed, such a policy measure is a key step in the continuing reform of China's monetary and financial architecture, in line with the authorities' objective of developing the yuan into a key reserve currency and being included in the special drawing rights basket together with the dollar, the euro, the yen and the pound sterling.

But perhaps the timing is wrong, too close to the recent turmoil in the stock market, and the change has been clumsily implemented and badly communicated. By letting the value of the yuan to slide repetitively – as opposed to the one-off drop that was originally expected – the monetary authorities have clearly chosen not to intervene – except, perhaps, on the margins to slow down the drop.

But markets know the central bank's penchant for intervention. Since the beginning of 2015, as the yuan has faced pressure from an flurry of capital outflow, the monetary authorities had to resort to market intervention – selling dollars and buying yuan. As a result, foreign reserves have come down from a peak of almost $4-trillion (U.S.) in July, 2014, to the current $3.69-trillion.

The People's Bank of China is learning the difficult art of forward-guiding the markets, knowing, however, that lack of institutional independence makes mastering this art – and gaining credibility – even harder. Markets are now testing how long the central bank is prepared to let the yuan slide before an explicit intervention. Will the authorities panic and provide a floor under the value of the yuan?

This might not work. Having let the genie out the bottle, the People's Bank of China will be in the same position of other central banks that have tried to manage a market-based exchange rate. It is a self-defeating game, as the recent case of the Swiss central bank's attempt to maintain the value of the franc shows.

If things get really bad, the People's Bank of China can always move back to fixing the exchange rate in order to control volatility and avoid escalating market uncertainty. But this would be a clear sign that the yuan is not ready to be taken to the market. 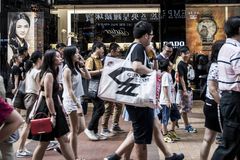 Opinion
China’s yuan devaluation makes sense, but only time will tell for whom
August 14, 2015 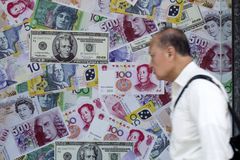 Co-ordinated market intervention is the way out of this ‘currency war’
Subscriber content
August 12, 2015 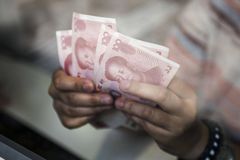