Many doctors are upset at the federal Liberal government's proposed changes to small-business tax policy. The average citizen may have assumed that their doctor was a government employee, rather than a self-employed contractor or small business owner. There are two major changes that affect doctors: "income sprinkling" and tax deferral for retirement purposes.

Income sprinkling refers to paying family members from the medical corporation who are not actually working to provide patient care, and lowers the overall tax burden for a doctor's family.

There is nothing unique about a physician's work that makes income sprinkling okay for them and not for others.

No matter your opinion on income sprinkling as a regressive tax-policy tool, it does not make sense for it to only be available to doctors and small business owners.

The issue of tax deferral for retirement purposes is less clear. It essentially lets a physician take the amount they would make over their career and pay it out to themselves over a longer period of time that spans into retirement, again lowering their overall tax burden.

Good tax policy encourages people to save – which makes money available for borrowing and investment in the economy. Taking away this corporate tax structure does make saving more difficult – but again, there is nothing inherent about being a physician that makes retirement savings different from the general population. In fact, 40 per cent of Canadians do not have a pension and are concerned they are not saving enough for retirement.

These are our patients and, as an incorporated physician in Ontario, I worry about their ability to save for retirement more than I worry about mine – they do not have the earning potential that I have as a physician.

All Canadians need a mechanism to properly save for retirement, and physicians can and should be advocating for mechanisms that help both our patients and ourselves save.

These changes will affect physicians' income (although to what extent is still unclear). The ability to incorporate in Ontario was negotiated in lieu of fee increases, and it certainly is not fair to award doctors tax loopholes rather than increase their salaries, and then close the loopholes.

But both the Ontario Medical Association and the government made a mistake when they made that deal.

The real question is one of physician's salaries. Are doctors paid too much? Too little? Once we stop cloaking this issue behind the veil of "tax fairness" or "patient care," we can have an honest conversation about the real issue at hand. Until then, we continue to do a disservice to our patients.

Unlike the arguments for income sprinkling and tax deferral, there are factors that actually do make the path through medicine unique: Doctors begin earning much later in life, often accrue significant debt along the way and serve the public while not being paid like public servants (with maternity leave, benefits and a pension). While nuanced discussions in the public sphere can be difficult, I believe our national and provincial medical associations are capable of having that discussion.

Let's stop talking about propping up a broken tax system that benefits some Canadians and not others based on the title of their profession and not the nature of it. Instead, let's talk about supporting trainees through medical school without incurring crippling debt – making medical school more accessible to any child who dreams of one day being a doctor.

Let's talk about how physicians (and all Canadians) need access to maternity leave, pharmacare, dental care and a way to save for retirement.

Hasan Sheikh is a Toronto-based physician 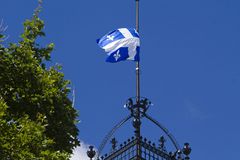 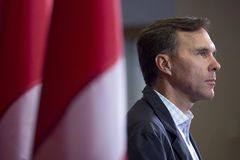