The two leaders called for a new U.S.-Saudi program and joint working groups on energy, industry, infrastructure and technology. Mr. Trump also provided his support for U.S. investments in Saudi Arabia and the facilitation of bilateral trade.

As part of the visit, I was the lone Canadian business executive at a private roundtable hosted by the U.S. Chamber of Commerce with business leaders representing the largest U.S. companies. The gathering included Saudi Minister of Commerce and Investment Majed Al-Qasabi and other top Saudi economic leaders.

As Saudi Arabia continues to emerge as a global economic powerhouse and geopolitical player, here is what the Canadian government needs to know about it:

Saudi Arabia and Canada need to get on each other's radar

Riyadh is frustrated that, too often, Canada does not acknowledge the valuable relationship between the two countries. As King Salman strengthens economic ties with Asia this month during a six-country tour that includes China, Japan and Indonesia, the deputy crown prince continues to forge economic relations with the West, minus Canada.

If we really want to brand Canada and showcase it to the world, we need to do a better job of promoting the advantages of Canada in Saudi Arabia. This is also true for Saudi Arabia in Canada.

Canada has world-class technology, engineering, transport and logistics companies, one of the world's largest stock exchanges, some of the best educational institutions, a sound regulatory business environment, a strong banking system and startup hubs across the country. Additionally, Canada is a leader in the private-public partnership model, in particular for infrastructure investments and Canadian companies' corporate social-responsibility practices can serve as best practices in Saudi Arabia.

Saudi trade with Canada is handled out of Washington

Saudi Arabia is the only G20 country without formal commercial representation in Canada. This needs to change if Riyadh wants to make the case for the region as an important and viable target market with significant business opportunities for Canadian companies. With a Saudi government committed to streamlining commercial services and a seasoned Saudi commercial attaché in Washington handling the Canada file, the right Saudi champions are in place, but the Canadian business community needs Canadian champions to pave the way. After all, aren't we trying to promote the diversification of exports into new growth markets and attracting investment into Canada?

There are more Saudi medical doctors and health professionals in Canada than ever before. Over the past 35 years, Canada has trained 40 per cent of all Saudi medical doctors. There are more than 12,000 Saudi students in Canada, representing Saudi's future business, political and social leadership. Beyond that, Canadian education and the Canadian experience will help to shape Saudi Arabia's future work force and national outlook.

The TSX and a consortium of Canada's biggest banks are considering a range of measures to lure a listing from energy giant Saudi Aramco, as global exchanges compete for a slice of what could be the world's largest initial public offering. This deal could be worth hundreds of billions of dollars. In order to optimize our chances, Canadian government support will be required since U.S., British and Japanese competitors have stronger economic ties and more power and influence than Canada in Saudi Arabia.

It's time for Prime Minister Justin Trudeau and Prince bin Salman – two sophisticated global thinkers – to press the refresh button on the Canada-Saudi relationship. It's time to agree to closer collaboration and more open dialogue on international trade, innovation, defence, peace and security, human rights, democratic institutions, diversity and the rule of law through different measures like the Canada-Saudi Joint Economic Council, a Comprehensive Economic Partnership and Free Trade Agreement.

Omar Allam is a former Canadian diplomat with private sector, World Bank, and UN experience. He currently serves as CEO and founder of Allam Advisory Group 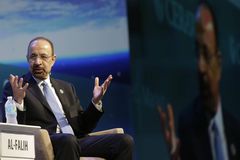