But during the past two weeks, the political battles about government debt in Washington and Frankfurt, the street battles in Britain, and the volatility of markets everywhere have obscured this reality. The talk instead has been about share prices, credit ratings, police tactics and political dysfunction.

That's why Pinched, a book about unemployment published this week by American journalist Don Peck, is so timely and important.

Mr. Peck's central message is that all recessions are not the same. Prolonged slowdowns, such as the one the West is now experiencing, make their mark not only through the pain they cause while we are in the middle of them. They have a permanent, and largely malignant, impact.

As he argues: "When jobs are scarce, incomes flat, and debts heavy for protracted periods, people, communities and even whole generations can be left permanently scarred."

His warning, which is based on the lingering effects of previous deep recessions, runs counter to the intuitions of the postwar generations in Western Europe and North America whose lives have been a story of fairly steady economic growth. "The problems that we face are even bigger than we think right now," Mr. Peck told me. "People assume that, 'Well, it will be bad for a while, but then it will get better.' "

The sort of metaphors we tend to reach for, to borrow one from the White House, are of the car that was driven into the ditch. It is unpleasant to be stuck in the mud, and pushing it out is hard work, but once we are back on the road, it will be full speed ahead.

The better, but grimmer, comparison is to infant malnutrition: Even if a child grows into a well-fed adult, her early experience of deprivation will do lasting damage.

That ugly image is particularly apt because the hardest hit will probably be young people. Mr. Peck spoke to Yale economist Lisa Kahn, who found that getting your first job during a deep recession meant a starting salary 25 per cent lower than during a boom. Even mid-career, the recession generation not only takes home a thinner paycheque, their jobs are lower down the corporate hierarchy and more professionally timorous.

Mr. Peck's second key point is that deep downturns don't just blight individual lives or even the lifetime job prospects of a single generation. Living through a lot of lean years changes the entire culture, and not for the better. Most of his book was written last year and it is largely about the United States, but his prediction of societies turned nasty and brutish by hard times will have particular resonance this week in Britain.

His analysis puts what happens in people's lives – their job prospects, their lifetime earnings, the shift in family dynamics when one parent is unemployed – at the centre of his thinking about economic policy. He really does think the urgent issue is jobs, jobs, jobs, because the personal catastrophe of unemployment, multiplied a millionfold, becomes a national catastrophe.

This may make you assume that Mr. Peck is a deficit dove. While it is true that in the short term he is worried that premature austerity is the greatest danger, he thinks that too much government debt matters as well: "To restore confidence in the federal government without undermining the recovery, we must tie current deficits to binding measures that will close the budget gap and stabilize the national debt in the near future."

That is the real tragedy of the poisoned political debate Mr. Peck predicts – and which is already paralyzing so much of the developed world. We argue bitterly about jobs versus deficits. But the best – and probably only – way to solve both problems is with a double-barrelled strategic approach.

Robert Rubin, a former secretary of the Treasury and now co-chairman of the Council on Foreign Relations, told me: "A lot of the commentary distinguishes between addressing the deficit and addressing jobs. I think they are actually one issue."

Like Mr. Peck, he believes that an agreed plan to close the deficit in the medium term would make a job-creating stimulus program in the short term both more feasible and more effective.

We need to create jobs today – and commit to tightening our belts when the economy starts to recover. It is a simple plan that makes sense to a lot of us. But in the scared, beggar-thy-neighbour world Mr. Peck describes, the public-spirited middle ground this approach embodies may no longer exist. 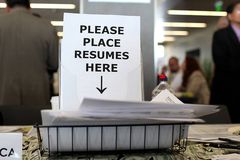 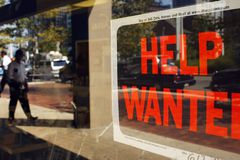 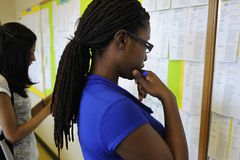