Mass collaboration is revolutionizing not only the way we work, but the way we live, learn, create and care for each other. Don Tapscott and Anthony D. Williams, authors of Macrowikinomics: Rebooting Business and the World, analyze some of the trends reshaping our world. Today: Journalism in the age of user-generated content and Wikileaks.

The new media is threatening journalism. The continuing collapse of many newspapers in the United States and Canada - 70 in the past decade - is a storm warning of more to come. Magazines are in trouble, too, and your favourite has probably never had such a dearth of advertising.

It turns out people will not pay for news as a commodity. In an age of Twitter, bloggers, WikiLeaks and social networks, people can find the news without buying a paper. As one youngster said, "If the news is important it will find me."

The Internet has destroyed the business model for print. Print publications will survive, but not in the long term, and this has big implications for journalism. Compared to the massive physical assets of, say, The New York Times, online newspaper The Huffington Post has almost zero printing and distribution costs. The New York Times employs more than a thousand people in its editorial department alone. The Huffington Post employs 60 and a volunteer roster of thousands of writers. The site is thriving, with 20 million readers.

But how will we defend core journalistic values like objectivity, quality and truth? How will journalists make a living? What will happen to quality in this democratized world when the traditional filters for accuracy, balance and journalistic standards are gone? Will investigative journalists who are losing their jobs be replaced in society by public-relations flacks? With no one seemingly accountable for the truth, who can we trust?

Get ready for a lot of conflict, too. Adam Pagnucco, who blogs under the name of Maryland Politics Watch, was invited to blog by the Washington Post. He declined, saying: "If bloggers fill their functions for free, the Post will inevitably phase [paid columnists]out. In the labour movement, we have a term for workers who undercut other workers and threaten their jobs: scabs. As a labour guy for sixteen years, I have no intention of blogoscabbing."

But by embracing Macrowikinomics principles, journalists can make a good living and society will get accurate news, good investigative reporting and great writing.

Journalism will surely survive, just not in its present form. People will not pay for commodities, whether it's news or other content. But they will pay for compelling, differentiated value, as The Economist, Thomson Reuters, In-Style Magazine and even The Globe and Mail show. The key will be to develop new business models, offer distinctive value and not get too hung up on trying to defend a legacy business being killed by the digital age.

The contours of new models that could support journalism are becoming clear. Consider something we could call the Internet News Network - a collaboration of journalists doing their work as part of a business ecosystem.

In its 2009 State of the Blogosphere report, Technorati reports that a whopping 28 per cent of bloggers report earning income from their blog. Half of these "professional bloggers" write full-time either to support their business or as a business itself. Three-quarters of these bloggers have college degrees and 40 per cent have graduate degrees. A remarkable 17 per cent say blogging is their primary source of income and a majority of them are former journalists for the traditional media! Professional bloggers are basically skilled and effective journalists - perhaps not of the overall quality as mainstream media but improving daily. So why not create a virtual newspaper from these people? Some would write about sports and others economics, politics, local news and culture - replicating all the basic content areas of a traditional newspaper. They would hire sales representatives to acquire advertising and an accountant to do the actuarial economics to divide up the revenue. They would all care about good journalism, investigative reporting, fact checking and quality because the brand of their network would be key to their success. And most important to the profession, they would all make a living being journalists.

None of this will be easy, particularly for the old guard. Indeed with legacy cultures, infrastructure and entrenched old-media attitudes, one thing is clear - there will be many more failures along the road. As for journalists, not all are crying the blues. For many there is a lot of pent-up anger about the old media and a real sense or of empowerment and even excitement about the road ahead. And some old media are indeed stepping up the challenge of transformation and, rather than cutting back, are hiring journalists. 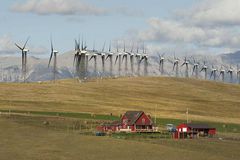