The often cozy – sometimes way too cozy – relationship between auditors and their clients was put on humiliating public display Friday, when the fallout from the Bell Pottinger PR scandal in South Africa hit the local arm of KPMG, one of the world's Big Four auditing firms.

Eight top managers of KPMG's South African division, including chief executive Trevor Hoole, resigned, presumably under pressure, after an internal investigation by KPMG International determined that the firm should have ended its relationship a long time ago with the Gupta brothers, the wealthy, Indian-born South Africans embroiled in a scandal over their allegedly corrupt ties to President Jacob Zuma.

The auditor said "there were certain red flags that came to KPMG South Africa's attention regarding the integrity and ethics of the Guptas," which were apparently ignored. KMPG had been the Guptas's auditors for 15 years, but only ditched them as clients in 2016 as civil-society groups accused the Zuma government of awarding the Guptas unusually sweet government contracts – "state capture," to use the societies' term (the Guptas insist they are not guilty of wrongdoing).

The first victim of the scandal was Bell Pottinger, the once hugely successful British PR firm that was launched 30 years ago by Lord Tim Bell, who had been Maggie Thatcher's cherished spin doctor (he resigned as the firm's chairman last year). Bell Pottinger collapsed this week, shortly after it was ejected from Britain's Public Relations and Communications Association (PRCA) for dubious ethical behaviour, to wit, stoking racism in South Africa on behalf of the Guptas. Civil-society groups had accused Bell Pottinger of using a sleazy campaign to depict opponents of the Guptas, of which there are many, as "white monopoly capital" – and the PRCA agreed.

For opponents of the Guptas, KPMG's mauling in South Africa is a bigger trophy than the death of Bell Pottinger, whose annual billings were tiny in comparison with those of the auditing firm. KPMG won't disappear in South Africa, but it has been cleaned out and will have to change its ways. But how radically? Auditing firms have always argued that they are not forensic accountants, whose main duty is to expose fraud or wrongdoing, or rake executives over the coals for shabby or deceitful behaviour.

Still, there is no doubt that KPMG South Africa was too close to the hands that fed them. For instance, leaked e-mails showed that the firm allowed Linkway Trading, a Gupta company, to account for a 2013 Gupta wedding as a company expense. Four KPMG partners attended the wedding, which a KPMG executive referred to as the "event of the millennium."

That was but one example of the snug relationship between KPMG and the Guptas. KPMG's internal report also cited evidence that its South African division was "aware of information which called into question the integrity of the Guptas," but chose to ignore it.

Mr. Hoole acknowledged a few weeks ago that KPMG "should have stopped working for the Gupta companies sooner than we did." Bell Pottinger should have never started working for them. When it landed the Gupta account in 2016, it would have known all about the allegations surrounding the Guptas and Mr. Zuma. Awareness of the risky nature of the account was apparently dulled by the £100,000-a-month fee ($165,000) that the Guptas paid Bell Pottinger.

Auditing firms have been rather scandal-prone in recent years. Britain's Financial Reporting Council (FRC) slapped two of the Big Four firms with £6.5-million in fines last year (the Big Four are KPMG, Deloitte, PwC and EY). Earlier this year, the FRC launched a probe into KPMG's audits of Rolls-Royce after the British jet-engine maker admitted corruption and bribe offences related to attempts to win business in China, Indonesia and other countries.

While auditors may be right that they cannot be expected to act as forensic accountants bent on unearthing fraud, there is no doubt that the rules designed to encourage full auditor independence need to be clarified and bolstered. For instance, should a firm that sells auditing services to a client also be allowed to offer other services, such as strategic consulting? These forms of cross-selling need to be examined and probably restricted more so than they are now.

Companies that use auditors should be forced to switch auditors fairly often to avoid inbreeding that can lead to the situation that landed KPMG in trouble in South Africa. The new European Union rules require switches after 20 years, an absurdly lenient amount of time. A decade or less would be better, but quicker switches would present another problem: Lack of choice among auditors.

The wave of auditor consolidation in recent years reduced the number of big accounting firms to four – an oligopoly. More auditing firms are needed for the health of the corporate world and trust of their investors. The big auditors may have to be broken up. Or changes to regulation and competition-law might have to be made to encourage the launch of new firms. KPMG's embarrassing performance in South Africa is ample proof that the auditing business still needs a shakeup. 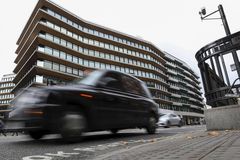