Lawrie Savage is an executive fellow at the School of Public Policy, University of Calgary

I have run a small business (consulting) for 20 years and my business has benefited from the small-business tax rate, which, as government spokespersons and many in the media have been continuously emphasizing, is considerably less than the individual rate. However, that is the rate of tax paid by my business. My business is not me. The business pays me a salary and I pay the same tax on my earnings as does every employee of a corporation. This crucial difference between the corporation and the individual is seemingly being lost sight of in the current debate.

Also, as the owner of a small business, I have the possibility of paying myself a dividend instead of a salary. However, with good tax advice, I have found that generally speaking there is little bottom-line difference in my disposable income, whether I take earnings by salary or by dividends or some combination of the two. At one point in time, there may be a slight benefit to one approach, and at other times, the reverse may be true. Clearly, our tax authorities figured this out long ago and made sure that the two possibilities are pretty much tax-neutral.

At the same time, I have had acquaintances over the years who write off every personal expense to their business and who pay members of their family substantial salaries for basically doing no work, all in the name of not paying their fair share of tax. But guess what? These types of actions are already prohibited.

I have met some small-business owners who truly have no idea that this is the case. But if these people were audited by the Canada Revenue Agency, they would find many expenses as well as some of the "sprinkled" salaries being disallowed. But CRA does not have the resources to audit the tens of thousands of small businesses.

There are also knowledgeable individuals, well aware of the rules, who are nevertheless prepared to take the risk of a CRA audit against the possibility that they may have to make some extra tax payments or even have to pay a not very material fine.

Another oft-mentioned situation is one in which household expenses are written off as business expenses, implying that again this is necessarily some sort of rip-off of more honest taxpayers. However, if a portion of the household is actually being used for running the business, then that space is not available for personal use. The business owner is in fact paying for his or her office space through ownership of the property. If there is no abuse of the concept, the amount being claimed is a valid estimate of the cost, and in fact the business would probably have to pay considerably more for commercial space. The tax rules specify the types of expenses that are deductible and limit the amounts that can be claimed to 10 per cent of the total – which in some cases may represent less than the actual business usage by the business owner/householder.

One other point on "income sprinkling": While there have been abuses, are we suggesting that a business owner could not employ members of his or her own family and pay them market-based wages corresponding to the true nature of the work they are carrying out? That would be a frightening case of unfair discrimination against a particular group of workers. It should be obvious that family members can be "sprinkled" anywhere in a business, as long as they are performing legitimate duties at comparative wages that would otherwise have to be paid to non-family members.

Most business owners, having a sense of social responsibility and feeling an obligation to pay their fair share of taxes, claim only legitimate business expenses against income. If family members are also employees, they are carrying out duties that are required by the company, and at market rates.

The changes being proposed by the current government would also include some way of taxing corporate profits that are retained in the business and invested. Others have already pointed out that small-business owners do not benefit from the perquisites that are frequently available to employees of larger corporations. In addition, it's only a matter of tax timing because ultimately investments will be liquidated to provide income to the owner, and taxes will be paid just as is the case with an RRSP.

In fact, the government might want to consider treating invested retained earnings in a way similar to what occurs with an RRSP, requiring that such retained earnings be gradually paid out annually after the business owner reaches a certain age or subject to other constraints.

The system works well as it is, except that there are abuses by some. But, as with other areas of society, sound and appropriate policies should not be shelved because of some abuses. The proper approach is for the government to better communicate to small-business owners just what the rules are, and this could be done as a part of the required licensing process. And a more effective basis for deterring abuses would be to considerably increase the penalties for non-compliance. This would be a far more logical approach than tearing apart a system that is based on sound principles.

There are some benefits to incorporating and owning your own business, both tax and otherwise, and that's how it should be if we want small businesses to continue to form a vibrant and significant tranche of our economic base. But if the rules are being followed, the advantages of small-business ownership are properly proportioned in relation to the risks being assumed by the small-business owner. Ownership of a small business is not a panacea from a tax perspective – or from any other perspective for that matter. 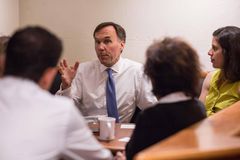 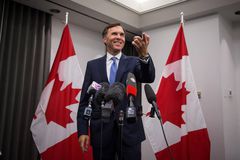 Opinion
Tax changes are about levelling the playing field
September 5, 2017 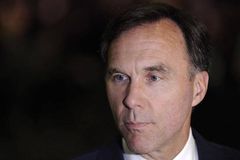