Few Canadian laws have sparked as much animosity from the business community as Canada's anti-spam legislation (CASL). The law, which took effect in 2014, has faced a barrage of complaints regarding its breadth and cost of implementation. Yet, as a House of Commons committee nears the conclusion of a statutorily mandated CASL review, it has become increasingly clear that the law has worked.

While spam has obviously not disappeared from anyone's inbox, the law never envisioned eradicating the proliferation of spam, spyware, malware and other online ills. Rather, new data disclosed at the committee review reveal that Canada is a now a world anti-spam leader, resulting in more effective e-commerce campaigns and a significant reduction in the number of spam organizations operating within Canada.

The creation of an anti-spam law in Canada was premised on several theories (I served on the 2004 National Task Force on Spam and have appeared before committees reviewing the law). First, that Canada risked becoming a spam haven if it did not enact an effective law that facilitated co-operation in global anti-spam enforcement actions. Second, that tough penalties would result in large spamming organizations based in Canada shutting down or searching for alternative bases to reduce their legal risk. Third, that businesses would benefit from improved e-commerce owing to more reliable marketing lists and enhanced consumer trust.

Three years later, the data suggests that CASL has proven effective in all three areas.

First, Canada is no longer an island in the fight against spam. Led by the Canadian Radio-television and Telecommunications Commission, there are now international enforcement agreements with four countries and additional agreements with 12 agencies in eight countries. The value of those agreements became apparent in late 2015, when the CRTC used the law to stop a global malware initiative that infected more than a million computers in 190 countries.

Second, the number of major spamming organizations that use Canada as a base has declined dramatically. According to Spamhaus' Register of Known Spamming Organizations, Canada was home to seven of the top 100 spamming organizations (which alone were responsible for 80 per cent of all global spam) when CASL first took effect. Three years later, there are only two Canadian-based organizations left on the list.

Third, several independent studies confirm that Canada is now a world leader in effective e-mail campaigns. For example, Return Path is a U.S.-based e-mail deliverability company that tracks the percentage of commercial e-mails that arrive at their intended destination. Low levels of deliverability point to higher incidents of inaccurate addresses or spam content and reduced effectiveness of e-mail marketing campaigns.

Its latest benchmark study, which monitored more than two billion commercial e-mails sent to consumers around the world, found that Canada now has the best deliverability numbers in the world with 90 per cent inbox placement, well above the global average. By comparison, the U.S. deliverability rate was 77 per cent. The significant difference points to two Canadian advantages: lower incidents of spam messages and better e-mail lists that reflect consumer preferences.

The Return Path data are consistent with findings by Inbox Marketer, a Canadian e-mail marketing agency that recently completed an unreleased report on the effectiveness of CASL for the federal government. The report concludes that Canadian e-mail marketing has improved across the board since CASL took effect. The percentage of Canadians that open commercial e-mail and click on links has increased over the past three years, while the percentage of complaints have declined.

Moreover, the study found that there has been a steady increase in the number of commercial e-mail campaigns in Canada, suggesting that, rather than dissuading business from using commercial electronic mail for marketing purposes as some feared, the law may have both increased its effectiveness and use.

There may be room for improvement to CASL, but any proposed reforms must account for the fact that the law has largely worked as intended. It has helped decrease the amount of harmful spam and spyware that originates in Canada and simultaneously boosted the effectiveness of Canadian electronic marketing that conforms to the straightforward legal requirements of obtaining a clear consent from users before hitting the send button. 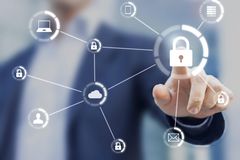