In my 10 days in Beirut this month, I never once spotted a bus, as least not one that you and I would consider a city-run bus with a set route. Beirut, cosmopolitan and delightful in many ways, is a transportation nightmare. There is no subway, no trams, no bike lanes – just cars, cars, cars.

The streets are jammed with cars 24/7, all of them honking, as if the drivers believe the sound waves from the endless blasts will propel the cars ahead of them forward. On one morning, my assistant insisted on picking me up at 6:30 a.m. for a 7:30 a.m. appointment not far away. "If we leave any later, we'll hit traffic and never get there in time," she explained.

Beirut is a warning to city planners everywhere of the dangers of not investing in public transportation. There are only so many cars you can stuff into an urban area before paralysis, not to mention horrendous air pollution, sets in (at least Lebanon had the good sense to ban the import of diesel cars). What would be green space becomes a parking lot, what would be a seaside promenade becomes a highway.

But fear not, you say; we in the wealthier, community-minded West – that is, Europe and North America – won't make the same mistakes. We have public transportation (even though it is wholly inadequate and falling apart in many cities), and more is coming. But will we really build more public transportation? Not if we continue to be dazzled by the driverless car.

The driverless car is the Next Big Thing. Almost every auto and tech company of any size – Uber, Alphabet (owner of Google), Tesla, Ford, Daimler – is spending billions on such cars and the powerful data systems that will prevent them from crashing into other cars and mowing down pedestrians at crosswalks.

Almost every day, we are bombarded with news of driverless car developments. This week, Uber revealed a deal to buy 24,000 self-driving Volvo SUVs (note they're big hulking SUVs, not sensibly sized passenger cars, which rather detracts from the "sustainable transportation" claims made by the driverless car mob). Britain announced it expects driverless cars on the streets within three years and driverless cars built by Jaguar Land Rover were just spotted on the road.

Well hooray! Or not. Lost in the razzle-dazzle hype about driverless cars is that they are still cars. Never mind that they will drive by themselves or might be powered by electricity; they will still have to be parked and will still clog the roads.

There is no doubt that, in time, they will be wildly popular. How could they not be? If you can use an app to summon a driverless car to your very doorstep, or send one to pick up your teenager from dance class, they will be irresistible.

Okay, I will admit driverless cars have some appeal. Since most road accidents are caused by human error, they will save lives, assuming the technology can be perfected (we might be talking decades here, not a few years); fewer accidents means lower insurance costs for consumers; driverless means the cars could be used by anyone, from grandparents with vision problems to teens who don't know a brake pedal from a turn signal; not driving means you could read, do homework or watch Netflix while you are on the road.

Driverless car fans, which seems to be just about everyone, point to other advantages and repeat them as if they are gospel delivered from Mount Tech. The biggie is that driverless cars will reduce traffic congestion. The argument is based on the theory that many or most of these cars will not be privately owned. They will be communally owned, or operate like taxis.

That's wishful thinking based on zero evidence. Car ownership is deeply embedded in North American and European culture and just because a car can drive itself does not mean families won't want to own one, or two, unless governments are bold enough to ban the private car ownership. Brave and doomed would be the politician who campaigns on doing that. Folks in America might call that communism.

Another argument is that driverless cars will free up demand for street and lot parking. Sure, if the cars are not privately owned. But let's assume the optimistic techies are right, and that the cars, whether or not privately owned, will drive themselves off to distant lots when they're finished dumping you off. But rivers of cars flowing away from city centres and back again are still traffic, and whether they are battery-powered, they will still pollute. The electricity has to come from somewhere and that somewhere is often coal or natural gas plants.

I have no doubt that driverless cars will be huge hits, must-have tech items, as smartphones are now. But not enough urban planners are thinking critically about how their inevitable popularity could make cities less liveable, not more.

Many Canadians see self-driving cars as a licence to behave badly: survey
September 29, 2016 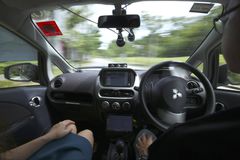 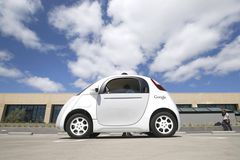