Christmas came early for Canada's Birks jewellery chain when soon-to-be royal Meghan Markle sported gold and opal earrings from one of its collections at her late November engagement announcement.

It happened again when Ms. Markle, who is set to wed Britain's Prince Harry in May, wore far pricier diamond snowflake earrings from Birks to a pre-Christmas brunch with the Queen.

On both occasions, Ms. Markle's star power drew global attention to the Birks brand as the internet lit up with news of the American-born actress's fondness for Canadian labels.

It couldn't come at a better time for Birks, a 139-year-old Canadian institution that has struggled to regain its lustre ever since its Montreal founding family was forced to put the chain into bankruptcy in 1993 and cede ownership to a scion of Italy's Martini & Rossi fortune.

The Markle effect has led to "an increase in social engagement on our Instagram page as well as about a 400 per cent increase in website traffic," Birks chief marketing officer Eva Hartling says. "We have seen a spike in sales specifically from the items Meghan has chosen to wear."

Whether Ms. Markle's sparkle alone can lift Birks out of its financial funk remains to be seen. The company refused to comment on the Christmas sales season, citing securities rules in the United States, where its subordinated-voting shares trade on the New York Stock Exchange. But Birks lost $4.3-million (U.S.) in the six months to Sept. 23 on sales of $49.8-million. The figures exclude results from its U.S. operations, which it sold this fall.

The timing of the royal engagement was perfect for Birks, which just began selling its collections in Britain in Mappin & Webb and Goldsmiths stores. Both British retailers are owned by U.S.-based Aurum Group, which bought Birks' Florida-based Mayors Jewelers chain in October.

While the profitable U.S. chain was arguably Birks' best asset, the sale allows Birks to focus on modernizing its Canadian operations to lure millennial shoppers, while spreading its global reach through its distribution arrangement with Aurum. Birks used the $108-million from the sale to pay off debt and help finance renovations at its 30-store Canadian retail network.

Comparable Canadian store sales plummeted 10 per cent in the six months to September, on a constant exchange rate basis. The drop, Birks reported, was "driven by a decrease in traffic and transaction volume caused primarily by a softening of luxury retail conditions across Canada" and ongoing store renovations.

But chief executive officer Jean-Christophe Bédos is counting on the refreshed look of its Canadian stores, a major investment in its e-commerce operations and the distribution of Birks collections globally through other jewellery chains to ensure the famous Birks blue box remains a staple of Christmases and marriage proposals for decades to come. Mr. Bédos took over at Birks in 2012 after previously heading up French jeweller Boucheron and Cartier France.

Birks' Italian controlling shareholder, Lorenzo Rossi di Montelera stepped down from the board in 2016. His son, Niccolo Rossi di Montelera, is now Birks' executive chairman, while his son-in-law, Carlo Coda Nunziante, is vice-president of strategy at the Montreal-based company.

The new store design, which has already been rolled out at some locations, features autonomous islands so that sales staff always remain alongside customers instead of behind long counters. The whole set-up is meant to be less intimidating for shoppers, especially the younger ones Birks is trying to attract with the introduction of less pricey entry-point jewellery collections.

Birks' 18,000-square-foot flagship store on Montreal's Phillips Square dates from 1894, when jewellery stores were meant to be intimidating.

Birks sold the building that houses its Montreal flagship and head office several years ago and it is now being transformed into a 120-room hotel. The Birks store will shrink to 7,500 square feet and the corporate offices will move to new quarters elsewhere in the city.

Ms. Markle was a fan of Birks bling before her official engagement, having been introduced to its jewellery by friend and stylist Jessica Mulroney while the former Suits actress was living in Toronto. While many luxury brands gift or loan items to celebrities, Ms. Hartling insists Ms. Markle purchased her $995 (Canadian) opal earrings, her $5,995 diamond ones and the gold and diamond ring she wore at the Invictus Games in Toronto, her first public outing with the prince.

Birks caused a backlash in 2015 when it lent a $7,000 gold and diamond maple leaf brooch to Sophie Grégoire Trudeau for a meeting with the Queen. So far, however, the Markle connection has generated only positive attention for Birks and the chain would love for it to continue.

While Birks doesn't know if the future royal will wear its wares after she takes her vows, Ms. Hartling is hopeful: "It would be a wonderful surprise if she did and we would be honoured." 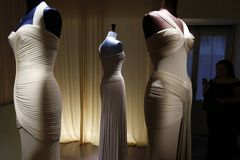