Angela Misri is a journalist and podcaster who covers technology and digital culture.

Your business persona just got eaten by the biggest fish in the business and that means the job sea just got a lot busier. And not in a good way.

Microsoft Corp. announced Monday that it will buy LinkedIn Corp. for $26.2-billion – the most Microsoft has ever paid for an acquisition. For Microsoft, it's a no-brainer; it will have direct access to the LinkedIn members and its learning website Lynda.com to add to its roster of networking tools that already includes Skype, Cortana and Yammer. Yes, this is the company that squandered the MSN network decades ago, but it's clearly time to try, try again.

LinkedIn, the social network where you connect with strangers who went to your university in a different year and a different program and who then recommend you for a skill they have no idea if you have, is having a lacklustre year on NASDAQ. After the Microsoft announcement, LinkedIn shot up 50 per cent above Friday's closing price.

Even advertisers seem excited by the opportunity to better target products, especially to the mobile audience.

This may be a smart business move for Microsoft (or maybe not), but how does it look for us, the users?

When you line up the software and apps you use in your life, LinkedIn, Microsoft and BlackBerry are probably clustered on one screen, with everything else somewhere else. Keeping the business side of your life separate from leisure is good practice, but that doesn't mean you want all the business pieces amalgamated.

People use LinkedIn for one of three reasons: to post work, to find work and to show off about work. If we ignore that last one and focus on the "finding" part of the social network, then having more fish in the sea is of benefit to one and not so much to the other.

Just so you don't have to do the math, that means you've just doubled your pool of potential competition. Great news for those looking for the right employee! Bad news for those of us looking for a job, when you imagine how targeted alerts in Microsoft products could push job postings out even further than a single social network. You used to be one of 200 people applying for a job, but now you're one of 400 – and that's assuming that everyone who uses LinkedIn is also using a Microsoft product (the stats get worse if you assume otherwise).

It's not all bad news, though. Being a LinkedIn member might give you access to some of Microsoft's other acquisitions and it might even help grow your network (although the jury is out on how relevant that is). You can already pay LinkedIn to highlight your profile, but will you now be able to pay for placement in an Excel alert? (Side note: I might pay for a premium upgrade if my profile pops up on an Xbox game of my choice. Not for a job you understand, but for rep.)

In a memo to staff, Microsoft CEO Satya Nadella said, "This combination will make it possible for new experiences such as a LinkedIn newsfeed that serves up articles based on the project you are working on and [MS] Office suggesting an expert to connect with via LinkedIn to help with a task you're trying to complete."

It's not clear whether this would be a paid service (either by the Microsoft client or by the person who is being served up as an "expert") or one based on popularity of profile. It will give a select group access to the larger bank of targeted users (à la Klout, blech), but for the rest of us, it could mean more up-selling for premium placement and a harder slog to distinguish ourselves among the masses.

No wonder LinkedIn quickly cancelled its after-party for the Apple Worldwide Developers Conference after the acquisition. The rest of us should probably hold off on celebrating for now, too. 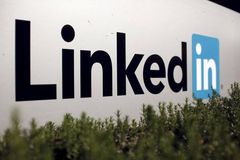 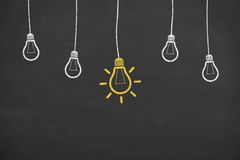