Federal Communications Commission (FCC) chairman Ajit Pai's plan to dismantle net-neutrality regulations in the United States imperils access to an open and unbiased internet – a threat against which Canadians must mount a vigorous defence.

Canada was a global leader when the Canadian Radio-television and Telecommunications Commission began developing its net-neutrality regime in 2008, upholding a convention established in 1993 when Tim Berners-Lee, creator of the world wide web, made it available on a royalty-free basis – forever. What followed became a unique platform for human creativity and collaboration that has changed and is likely to continue to change the world as profoundly as did the creation of Johannes Gutenberg's printing press 600 years ago.

Mr. Pai's approach, in contrast, appears to define the internet as just another communications mechanism. His avowed return to a "light touch" to regulation betrays a failure to comprehend the internet's exclusive nature as a facility within which societies can – without having to negotiate access – communicate, meet, collaborate and blend ideas. It is that nature – defended by the principle of net neutrality – that has enabled the unprecedented burst of investment, creativity and ingenuity that defines the past quarter century.

Regulators did not act in order to meddle with this development. They did so to confirm Mr. Berners-Lee's vision and ensure that no entity – government, corporate or in between – is allowed to assume the role of gatekeeper to limit or control access to the web. While operators must and may manage their networks, access to all and any users must be non-preferential if the internet's integrity is to be preserved.

The temptation to violate those principles is inherent to the structure of Canada's industry. Our four largest internet service providers (ISPs) are vertically integrated communications companies obliged to enhance their shareholders' value (nothing wrong with that) and which are in possession of content they may be motivated to offer preferentially. Globally, the enticement for embedded and wannabe despots is the ability to manage access to news and other vital information in order to control public opinion.

The approach of the currently constituted FCC not only betrays Mr. Berners-Lee's very successful concept for the internet, its belief that deregulation will inspire more investment and innovation (aspirations we agree should be the aim of sound public policy) is also wrong. Instead, while it may trigger infrastructure investment in the short term, in the long term the FCC's approach will suppress both ambitions.

If Mr. Pai is successful, small, large and some very large companies will be at liberty to control internet access in a manner that allows them to discriminate between preferred and unpreferred customers. There will be fast lanes and slow lanes and the moment they do this they will become gatekeepers capable of monetizing preferential access and distribution and, we anticipate, weaponizing that ability to strangle – quickly or slowly – innovative competitors and their investments.

Canadians should be under no illusion that they won't feel the impact. Yes, in the case of net neutrality, Canada took the initiative, followed by the FCC under then-chairman Tom Wheeler in 2015. But historically, Canada's role in terms of communications policy has been – through a blend of acts of will and acts of necessity – to follow the Americans' lead.

Now, we are again at risk of following. The FCC's approach will likely lead to demands from domestic ISPs for a matching approach/level playing field. Plus, a reverse bias will apply to Canadian content providers trying to enter the large and lucrative American market, forcing our companies to negotiate and pay for preferred access fast lanes.

Innovation Minister Navdeep Bain's confirmation of the federal government's loyalty to net neutrality provides some solace, but our nation cannot stand still in the hope that its position can hold. Canada must rally all its forces to influence Congress, contest the FCC's actions in U.S. courts and use trade channels to fight this misguided idea.

At the forefront of that fight should be millennials. It is they who now stand upon the doorstep to power. It is their future that will be defined by whether net neutrality lives or dies. In Europe, the issue became the central plank of the Pirate Parties in various countries. And, while we condemn personal attacks on Mr. Pai, we can only hope this continent's millennials will similarly climb and stand upon the ramparts in defence of net neutrality and defeat the FCC's ill-conceived initiative.

Konrad von Finckenstein was chairman of the Canadian Radio-television and Telecommunications Commission (CRTC) from 2008-2013; Peter Menzies was a CRTC commissioner and then vice-chair of telecommunications from 2007-2017.

Opinion
Gutting net neutrality is a death knell for the resistance
November 26, 2017 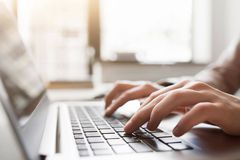 FCC to vote on repealing net neutrality rules
November 21, 2017
Follow us on Twitter @globeandmail Opens in a new window
Report an error
Due to technical reasons, we have temporarily removed commenting from our articles. We hope to have this fixed soon. Thank you for your patience. If you are looking to give feedback on our new site, please send it along to feedback@globeandmail.com. If you want to write a letter to the editor, please forward to letters@globeandmail.com.
Comments