Neil Desai is an executive with Magnet Forensics, one of Canada's fastest growing technology companies. He is a fellow at the Munk School of Global Affairs at the University of Toronto and at the Canadian Global Affairs Institute, and formerly served in senior roles with the government of Canada.

Earlier this month, Governor-General David Johnston led a Canadian delegation to Washington to promote Canada's research and innovation capacity at the American Association for the Advancement of Science. This should be no surprise – Mr. Johnston has long been an advocate for Canada's higher-education sector and for public investment in research and development, in leadership positions at McGill University and the University of Waterloo and now as representative to our head of state.

However, during his visit to the U.S. capital, the Governor-General struck a very different chord from his usual aspirational and nationalistic tune. He reflected on Canada's weak innovation record and suggested that the root cause is that Canadians are complacent and comfortable. He intimated that we need to become more "adventuresome" and exhibit a more "muscular" entrepreneurial spirit if we're going to correct our course.

For years, pundits have used cultural theories to explain Canada's poor record of ideas commercialization, even while acknowledging that there is no hard data to support such assertions. Unfortunately, it appears that these theories about Canadian entrepreneurial drive and global aspirations have permeated our highest echelons.

Canada's innovative entrepreneurs are some of our best and brightest minds. They take risks not only to enrich themselves, but to contribute to a prosperous Canada – they must feel alienated at the perpetuation of this cultural folklore. Because it is just that: a myth.

In the Global Entrepreneurship Monitor's annual survey of 100 countries, Canada ranks at the top on entrepreneurial ambition, virtually tied with the United States and well ahead of countries tagged with "innovation nation" status, such as Finland, Germany and Israel. A report by Industry Canada confirms that Canadians create new firms at a higher rate per capita than our friends south of the border.

What must be more disconcerting to those Canadians taking the entrepreneurial plunge and getting some traction is that the focus of our leaders and our scarce public resources has been on solving the moribund issue of entrepreneurial spirit while failing to answer the greater question: why our promising Canadian-founded and operated startups aren't scaling up into globally competitive firms.

According to the Organization for Economic Co-operation and Development, Canada ranks near the top for ambition and for public investment in R&D. Yet, we're at the bottom of the rankings in tangible business creation and scaling from startup phase to high-growth phase and ultimately to large enterprises.

Referencing myths of cultural inferiority is a counterproductive oversimplification. Such theories don't account for the 350,000 Canadians, roughly 1 per cent of our population, currently living in Silicon Valley and founding fast-growing innovative businesses, such as Uber and eBay. Others are senior officers in some of the largest and most valuable technology companies in the world.

We can't simply brush them off as sun- and sand-seekers. These ambitious Canadians have moved to other jurisdictions that have a complete ecosystem to scale technology startups rapidly into globally competitive businesses. Everything there – educational institutions, financial sector, legal system, government engagement – is mission-oriented toward rapidly growing their technology businesses.

Canadians have shown that we can create the conditions to incentivize risk-taking and create globally competitive companies. For our traditional resource sectors, we successfully created the complete ecosystem that manifested globally competitive companies. The development of our natural-resource and agriculture sectors was the result of sustained consultation and concerted public policy that created the right economic and legal conditions to generate prosperity in these traditional sectors.

What we need now is an ecosystem where our homegrown innovative technology businesses can thrive in Canada. To operate both domestically and internationally. To be acquirers, not the acquired.

There has never been a more urgent need to create such an environment. Global wealth creation has shifted away from tangible commodities to intangible ideas. Canada must thrive in this new economic reality if we are to maintain a high standard of living. The first step is abandoning unsubstantiated theories of cultural inferiority and addressing the real challenges facing our innovation economy.

We are at risk of losing more of our innovative entrepreneurs to jurisdictions like Silicon Valley if our leaders don't focus their attention where we need them the most: on creating a uniquely Canadian ecosystem that gets behind our innovative businesses.

The Governor-General could become one of our greatest assets in this endeavour if he can help overturn the false narrative around our entrepreneurial culture and start a meaningful national conversation on how we create the right ecosystem to help our innovative companies scale up. 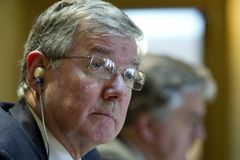 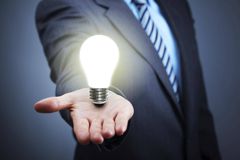