Although the controversy surrounding Newfoundland and Labrador's Nalcor Energy continues to unfold, enough time has elapsed since its board of directors' ill-fated decision to approve a lucrative $1.4-million severance package to the Crown corporation's outgoing CEO, Ed Martin, to gain some hindsight on the causes of the crisis. How did the situation at Nalcor deteriorate into a scandal of epic proportions that ignited the anger of an entire province? In large part, the answer may lie in a critical governance failure.

Back on April 14, Newfoundland's Minister of Finance, Cathy Bennett, excoriated Nalcor in her budget speech, charging that taxpayers had invested $2.25-billion in the corporation since its inception in 2007 but had received no dividends to date. Ms. Bennett took aim at Nalcor's bloated organizational structure, compensation and benefits packages, and criticized its management of the Muskrat Falls power project, beleaguered by delays and mounting costs.

These indictments all point to failures of corporate strategy and execution that developed over an extended period of time – failures that ultimately rested with the CEO and the board in its oversight capacity and led to their downfall.

Mr. Martin's resignation followed in late April, mere hours before the board met and terminated him without cause, invoking his severance clause (the board itself then resigned en masse). Amid the lengthy media storm that ensued, Nalcor's former chairman, Ken Marshall, issued a statement on June 1 summarizing the actions he undertook before the fateful board meeting. These included advising Premier Dwight Ball of the meeting's agenda items and engaging "the assistance of internal and external legal counsel in drafting the appropriate resolutions, agreements and releases for this significant activity at Nalcor Energy."

Mr. Marshall's statement, focusing on his board's procedural due diligence rather than answering questions of judgment and accountability, highlights how the technically correct – and lawyer-approved – solution isn't always the right one. This is especially true when those saddled with the costs of failure are provincial taxpayers.

The Nalcor affair strikes a particularly strong chord because of the poor optics of the situation: the seeming injustice of a publicly accountable board acting unilaterally and against the best interests of the public. It also points to the expectation that directors exercise independent judgment in setting the right tone for their companies, especially in their most critical roles: overseeing corporate strategy and holding top management accountable.

In recent years, boards have come under increasing scrutiny for their role in headline-making ethics cases in Canada and around the world. With crowded agendas and little time to consider all matters in detail, knowing how to identify and resolve ethical issues and dilemmas effectively before they escalate into crises can be challenging for directors. Working with boards in the aftermath of crises – during the arduous, often painful process of rebuilding broken companies and restoring the public trust – I have observed that often the very mindset of directors can be the stumbling block that leads to poor judgment at critical times.

For example, boards are sometimes overly conformist or deferential toward their CEO, giving the chief executive free rein and allowing an ineffective (if charismatic or tenured) leader to persist. In tolerating and even rewarding failure by the CEO, boards end up abdicating their governance responsibilities in the process.

Another warning sign is the tendency to gauge the company's mission and purpose from the ivory tower of the boardroom and forgetting the material effects of failure on the company's stakeholders (in Nalcor's case, the people of Newfoundland and Labrador).

As public attention in the Nalcor affair shifts toward a focus on the Premier's role in the scandal and the anticipation of the auditor-general's findings, boards should take note of the risks of allowing judgment to be clouded by pride, entitlement and narrow legalistic thinking. As scrutiny on boards increases, directors need to take a more independent, pro-active and transparent approach to governance, one that embeds ethical considerations – including the public good – into all decisions and puts accountability above all else. 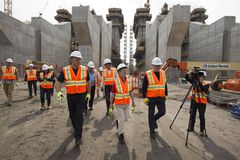 Newfoundland Premier asks for outside review of Nalcor CEO severance package
May 29, 2016 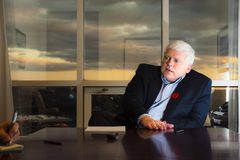 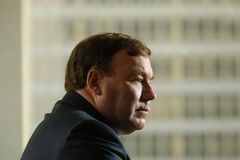