On the final day of the June, 2015, Group of Seven summit in Germany, host Chancellor Angela Merkel announced that the leaders had agreed on the need to "decarbonize the global economy in the course of this century." Environmental activists were exultant. A week later, Pope Francis issued an encyclical calling for the world to come together to develop "renewable and less polluting forms of energy."

Visionary aspirations are fundamental to human progress. But acting on unrealistic aspirations often make matters worse, not better. As an engineer, I understand that the fundamental laws of physics must apply even when their implications are unpopular. No one put this more clearly than 16th-century Italian physicist Galileo Galilei who said, "In questions of science, the authority of a thousand is not worth the humble reasoning of a single individual." His belief in the superiority of science over authority was demonstrated when his theory that the Earth circled the sun rather than the other way around angered Pope Urban VIII, resulting in charges of heresy that saw Galileo confined to house arrest for the rest of his life.

So at the risk of committing heresy in the eyes of the current Pope and other believers that 2100 AD will see a utopian world where humans travel across town and around the globe, heat and cool their homes, generate electricity and produce food for a staggeringly enormous population all without emissions to the atmosphere, here is a reality check.

The fastest-growing source of global greenhouse gas emissions is the burning of coal to produce electricity. The most often touted "renewable" power sources are wind and solar even after both technologies have proved unaffordable and unreliable. Here in Canada, former Ontario premier Dalton McGuinty's plan to replace coal-fired power plants with highly subsidized wind and solar transformed Ontario from one of North America's lowest power cost jurisdictions to one of the highest, driving manufacturing jobs south of the border and overseas.

In Britain, outraged consumers demanded an end to $700-million (U.S.) a year in wind power subsidies that produce less than 0.5 per cent of demand. But the country where so-called green energy has been the biggest disaster is Ms. Merkel's Germany, where some $140-billion was given to solar-power companies that generated a meagre 4 per cent of electricity supply. The subsides were pulled back after the Minster of Economics called them "a threat to the economy."

Taken together, after hundreds of billions of investment, wind and solar power constitute a tiny, and unreliable, source of electricity. As if that reality isn't enough to stretch the credibility of the G7 "decarbonization" declaration, an Oxfam study prepared ahead of coming climate talks reveals that Britain, Germany, Italy, Japan and France increased coal burning by 16 per cent between 2009 and 2013. Only Canada and the United States actually reduced coal consumption over that period.

Meanwhile, coal burning has skyrocketed in developing countries, most notably in China and India where almost three-quarters of global coal is burned. Even after Chinese President Xi Jinping and U.S. President Barack Obama touted their climate change pact in late 2014, China continued to commission a new coal-fired plant almost every week.

A pretty bleak picture, but there is another fuel that can make a gigantic strides in reducing emissions. By switching from coal to natural gas power generation, carbon dioxide emissions are cut nearly in half and toxic particulates and nitrogen oxide are eliminated. Advancements in hydraulic fracturing technology that unlocks gas trapped in shale formations are the main reason U.S. coal use has fallen. There are vast amounts of untapped shale gas resources around the world.

The other big challenge for "decarbonization" zealots is transportation. Replacing gasoline-fuelled cars with electric would require huge additions to power generation capacity, much of which would be generated by fossil fuels. What about diesel-fuelled heavy transportation? Here again, natural gas comes to the rescue. Conversion of diesel engines to natural gas is a long-proven technology. The United States has already created long-haul "natural gas highway" routes with filling stations for transport trucks. Here in Canada, CN Rail locomotives and B.C. ferries are being converted from diesel to natural gas. And, as we are learning from the VW scandal, diesel engines produce toxic nitrogen oxide and volatile organic compounds not emitted from natural gas engines.

Rather than following a doomed decarbonization pipe dream, natural gas offers an enormous opportunity for a cleaner atmosphere long, long before 2100. Galileo would rejoice. 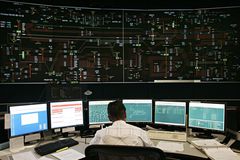 Thanks to LNG, natural gas is near a turning point
Subscriber content
September 18, 2015 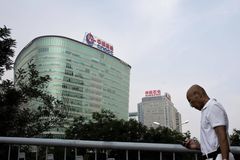 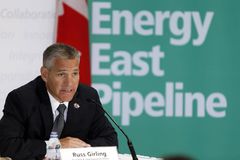 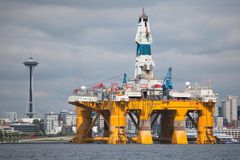