My March 7 column pointing out how much sense it makes, from a supply security and ethical superiority standpoint, for the United States to import oil from Canada's oil sands rather than from unstable Middle Eastern and tyrant-led North African countries, drew this reader response: "Canada should be encouraging both countries to detox and pursue the very energy alternatives casually dismissed by Morgan."

So what are those "casually dismissed" alternatives? Remember hydrogen? It has been more than a decade since the prospect of autos powered by hydrogen fuel cells sent shares of Ballard Power to stratospheric levels, only to collapse when the great "hydrogen highway" turned out to be the road to nowhere. Basic laws of physics were lost amid the hype. First, there's no way of storing hydrogen at ambient temperatures, so if your car sits for a few hours, the hydrogen seeps away. Second, there are no natural hydrogen resources. It must be manufactured from a fossil-fuel based petrochemical process or through a costly electricity-intensive electrolysis process.

The next "green hope" to replace oil was biofuels, ethanol blended with gasoline, and vegetable oil blended with diesel (biodiesel). But even initially enthusiastic environmental groups have realized the folly of trying to farm our way off oil.

Tractor cultivation, chemical fertilizer and distillation consume nearly as much hydrocarbon energy as contained in the ethanol produced. And subsidy-driven intensive farming practices harm wildlife habitat and water supplies. As for biodiesel, in a visit to Borneo I found that thousands of square kilometres of pristine rain forest had gone up in flames to create palm-oil plantations.

Then there's the "food for fuel" issue. The United States is the world's largest corn producer and roughly 40 per cent of this year's crop is destined for ethanol production, even as food shortages and rising costs threaten the world's poor and vulnerable.

The latest hope for displacing oil is electric cars. Where electricity supplies are reasonably priced and abundant, they have potential. But even where these conditions are met, consumer demand will be hampered by higher capital cost, limited driving range and the inconvenience of recharging the cars. Improved battery technology and lower manufacturing costs are likely over time, but electric cars will have little near-term impact on global oil demand.

So world oil demand keeps rising. But there is an alternative fuel that can make a difference, and it's another hydrocarbon. Natural gas is powering many South Korean vehicles and the so-called Green Highways Project brings together South Korea, China, Thailand and 17 other Asia-Pacific countries in a massive strategy for natural-gas-powered vehicles.

In North America, four factors promise to make natural gas a viable alternative to oil-based fuels. First, revolutionary technology is unlocking enormous new supplies of shale gas. Second, unrest in North Africa and the Middle East has underlined U.S. oil-supply vulnerability. Third, there are clear environmental advantages to clean-burning natural gas (which emits 25 per cent less carbon dioxide than diesel). Fourth, there have been major advances in natural gas fuel technology. And Canadian companies are at the forefront.

Another B.C. company, IMW Industries of Chilliwack, is a leading supplier of CNG refuelling equipment, exporting to 25 countries, including China. Given British Columbia's technological leadership and the province's enormous shale gas resources, it's not surprising that Premier Christy Clark's leadership campaign included a natural-gas-powered vehicle strategy.

Our country has abundant natural gas, our industry has world-class technology, our environment will benefit. It's time to join the natural gas vehicle revolution.

Gwyn Morgan is the retired founding CEO of Encana Corp.

Opinion
It's eco-ethical to run your car on this fossil fuel
March 26, 2012

Opinion
The ethics of oil in a time of turmoil
March 6, 2011 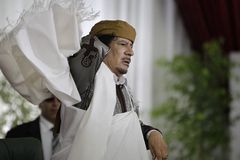 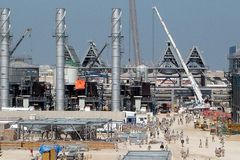 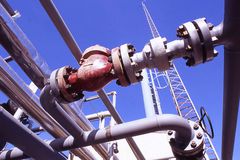 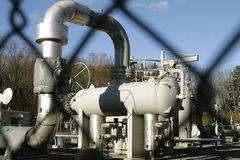 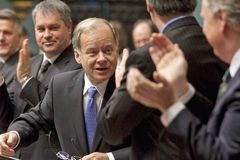