Doug Steiner is chief executive officer of Evree Corp., a fintech firm based in Toronto.

It's 1966. Banks are technology pioneers. Their two most difficult problems – moving transactions to a balance sheet and sequential message queuing for securities orders – have already been solved by the coolest of technology companies, IBM. Banks can't buy enough of the company's mainframe computers.

But transaction completion is still manual. Firms are allowed one week (five business days) to organize, book and settle investment transactions. Paper securities, which have strict rules governing even their decoration and size, are being transferred by couriers instructed not to walk quickly, not run with briefcases. The system is working well.

Now, it's 2016. A customer taps her debit card at a coffee shop and the money is removed from her bank account instantly. Or that's what we think, anyway. In fact, the bank mainframes holding her money still work overnight to produce reports and statements. Billions have been spent on technological workarounds to make the banking world appear to work in real time, but securities firms are still allowed three business days to complete transactions. No global industry is further behind the technological eight-ball than finance.

Why is this so, in an age when anyone can order a book online and receive it at their home that same afternoon? Because finance makes more money the slow way. The old way.

People working in banks are shocked and surprised at the pace of change happening with financial technology. In Canada, the banks managed to hold off Apple Pay for as long as they could. Apple demanded that the banks share part of their transaction revenue. Bank CEOs realized that their bank branch door is now an iPad.

At a recent conference highlighting financial technology and its impact on customers, Andrew Moor, the CEO of Equitable Bank, recently pondered aloud, "Who writes cheques any more?" He's right. The world has moved on.

What's happening in finance is just what has already happened to everybody else. Banks are safe places to keep your money or get some if you happen to need it. The problem is that the idea of "owning the customer" and keeping those customers apart is failing. Banks are doing everything they can to keep their spread.

Last March, at TD Bank's annual meeting for shareholders, CEO Bharat Masrani warned that financial-technology companies need to have the same regulation as banks in order to protect the integrity of the financial markets. People like me working in fintech felt slighted at that. I can't think of a single firm that's working around the current system to, in his words, "destabilize customer confidence."

It's actually just the opposite. Many people in finance are cheering those working to improve the system. Even better, they're funding the company I work for and others with enough risk capital for us to experiment and find ways to improve what they know is already safe, but old. Everyone privately admits that most areas of finance don't understand data analytics or real-time accounting. They are still using a business model optimized for keeping customers away from each other, in a world thriving on communities that share for support.

Mr. Masrani was correct that the system can't destabilize while changes are being made. But some of the rules he was referring to keep everything safe were developed in the 1930s, when data storage meant reams of paper in boxes, and copies of documents requiring carbon paper and the press of a heavy pen. Old rules still prevent financial institutions from effectively lending money on perfectly fungible collateral – equities that trade at less than $5 a share, for example.

And what financial institution can run the risk of performing an accounting system "heart transplant" to newer real-time software? It's been 50 years since those systems were first installed. Now, people are storing value in the digital equivalent of the co-operative mattress, in bitcoin or something more than half of Canadians have: loyalty points. It's only a matter of time before someone offers to store the equivalent of something that converts to Canadian dollars in the same way.

Banks aren't sitting still. They are doing three things, in order of importance, to appease their stakeholders:

Government should take notice. While they lean on staff at my company to collect sales taxes, countries such as Peru and Estonia have made admirable advances in automated tax collection. Sweden hardly uses cash at all to conduct commerce. McKinsey, Deloitte, Ernst & Young and other consultant groups are working with Canadian banks on the must-do list, which includes: the ability to address customer needs in real-time; integrating the use of Internet-enabled appliances to help with asset storage in saving and payments; the use of remote data in cloud computing; and the assistance that finance can provide in technology-driven business models such as data-driven risk management.

These, not rules to prevent the movement of transactions from advancing beyond what looks now like glacial speed, are the things that will shape our financial future. Facebook, Google, Apple and others have already entered the fintech space. Working with technologically superior firms with hundreds of millions of customers will undoubtedly change the face of finance.

Let's all embrace innovation in financial technology to improve Canada's great financial system. The Department of Finance is now reviewing our legislative and regulatory framework for the financial sector, and policy makers need the help and support of all players to get it right.

We need to build a technology-enabled business framework to advance our economy. Let's learn from the best and work together to build something that's new and shiny, and also safe and fast. Financial innovation will help Canadians keep as much of their hard-earned money as they can. Embracing all financial technology and the advances dreamed up is the only way that will happen. 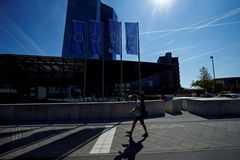 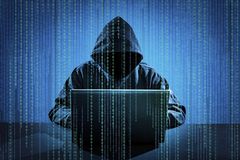 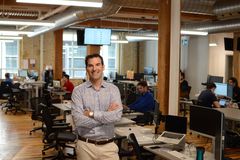