Michael Crothers is president and country chair of Shell Canada and Ed Whittingham is executive director of the Pembina Institute.

These perceptions were among the big hurdles that needed to be overcome when a group of energy-industry CEOs and leaders in the environmental community got together last year to talk.

We came from a difficult place. For more than a decade, public debate in Canada over the oil sands, pipelines and climate change had deteriorated into a virtual shouting match.

As a result, we were all losing.

Alberta was seen by many as a pariah on the world stage, thanks to its so-called dirty oil. Industry had made good progress on driving down emissions on each barrel produced, but much of that progress was invisible. Environmentalists weren't giving industry credit for its progress, and ultimately, policy and regulation were not advancing to support definitive action on climate change.

When we started meeting, we found we had a lot more in common than we thought. Our first big point of agreement was the need for effective carbon pricing.

Government-led carbon-pricing mechanisms are seen by many economists as the most cost-effective way to reduce emissions, stimulate innovation and drive energy efficiency. Revenues generated can be used to advance both climate and competitiveness goals, including helping vulnerable households and businesses adjust. Several provinces are already demonstrating that this approach can work for both the environment and the economy. And federally, our government intends to move forward with a co-ordinated Canada-wide carbon price.

Secondly, we agreed on the critical role of technology. By reinvesting revenue from Alberta's climate plan into clean tech, we can develop potentially game-changing technologies to bring down emissions from oil and gas production, while at the same time growing the province's renewables sector. Thousands of new jobs will be generated as our home-grown clean-technology companies tap into a fast-growing global market expected to exceed $2-trillion a year by 2020.

But while we found much common ground, we struggled to agree on placing a limit on CO2 emissions from the oil sands. These were not easy conversations. But ultimately, we were able to meet in the middle when we agreed the problem wasn't with the barrels, but rather the emissions.

The legislated cap on oil sands emissions in Alberta's climate plan is unprecedented globally. It gives the world certainty on oil-sands CO2 emissions growth. And for us, it deflates arguments over how big it could be. It also creates a significant incentive to achieve an oil sands carbon intensity that compares favourably with other global sources of crude oil, something that industry has aspired to for some time.

We see the emissions cap as an expression of confidence in the energy industry's continued ability to innovate to reduce CO2 emissions. In turn, this will help Canadian companies compete with global oil and gas production and receive full value for our products, which can only come with access to global markets. But we agree that decisions to move forward with large energy infrastructure projects should be made in the context of a climate plan for Canada that credibly articulates how our country will meet its emission-reduction targets.

So with the knowledge that we could accomplish more together – through dialogue and collaboration instead of conflict – a group of us stood on stage last Nov. 22 to support the Alberta government's Climate Leadership Plan. One year on, we continue to be supportive of this plan and the principles it encompasses.

Let's be clear, there is still much work to do, both to implement the plan and demonstrate its merits to Albertans, many of whom are worried about their jobs in the longer term. As well, the recent U.S. presidential election makes it more challenging for the Alberta and federal governments to continue progressing policy commitments on carbon pricing and methane.

But let's maintain our resolve and stay true to our values as Canadians. By reinvesting wisely in clean technology and commercializing it, we can be the North American base for a major new economic opportunity. Canadians have shown that we have the skills and ingenuity to compete and tackle this transition. It won't be easy, but we're up to the collective challenge.

Ensuring we protect the competitiveness of Canadian industries will also be a key challenge, but we're up for that as well. As Albertans and Canadians who recognize that the economy and the environment go hand in hand, the common ground we have found will help us get there. After all, we all want a prosperous Canada and we all want meaningful progress on climate change. 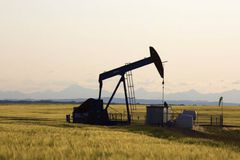 Conservative leadership candidates offer contrasting approaches to climate change
November 18, 2016
Ottawa to phase out coal, aims for virtual elimination by 2030
November 21, 2016
Follow us on Twitter @globeandmail Opens in a new window
Report an error
Due to technical reasons, we have temporarily removed commenting from our articles. We hope to have this fixed soon. Thank you for your patience. If you are looking to give feedback on our new site, please send it along to feedback@globeandmail.com. If you want to write a letter to the editor, please forward to letters@globeandmail.com.
Comments