Shari Graydon is the founder of Informed Opinions and author of the forthcoming book OMG – What if I really AM the best person? The Top Seven Reasons Women Need to Speak Up.

It takes a special kind of genius to denigrate women and discriminate against men in a single sentence. Consider the volume of mainstream and social-media attention generated this week by Toronto Web development firm Vestra Inet, in its quest for a qualified content writer and search-engine optimization specialist.

It was the cunning throwaway line at the end of the job posting that sent it viral. Because the lucky applicant would also have to fill in as receptionist, the posting noted an explicit preference for "female candidates." (Clearly, you could never expect a guy capable of doing such work to also answer phones and look pretty.)

The inevitable pile-on included satirical offers involving bikinis and baked cookies, promises to alert the Human Rights Commission and some not unreasonable challenges to the credibility of a high-tech company apparently stuck in the 19th century.

But I'm not convinced that the brains (I use the term loosely) behind the organization weren't pursuing a deliberate strategy. Can't you just imagine the beer- and tequila-fuelled conversation that might have launched the caper? It's a late night at the office and the guys in charge are, disappointingly, once again surrounded by their entourage of adolescent male coders. Channelling a Mad Men vibe as they brainstorm an ad strategy, they haven't yet figured out why their female hires just don't stick around.

"I know," says one, "in all future job postings, let's specify that 'only women need apply!'"

"Great idea," says another. "So what if we rattle a politically correct client or two? Think of the traffic we'll get!"

Suspicions that what most people read as a serious error in judgment might actually have been a crass ploy for attention were reinforced when the company posted a day-after apology so lame it only fanned the flames.

None of words normally associated with the form – "sorry," "apology" or even "regret" – appeared in the post, which instead sought merely to "address the attention we have been receiving." In addition, demonstrating a degree of innumeracy that many would find troubling in a company flogging 3-D modelling, it described the torrent of criticism as coming from just "several" individuals.

(Of course, there is another compelling possibility. Maybe a beleaguered female employee, tired of being expected to wear short skirts and wash coffee cups, crafted the ad to shine a light on her sexist work environment without having to file the human rights complaint herself?)

On the other hand, anyone who didn't flinch a little at my reductive characterizations of the "adolescent male coders" and "guys in charge" might want to revisit their own unconscious assumptions. Because I've just implied that the techies and decision-makers are all male, when the truth is the world boasts a growing contingent of "girl geeks."

Less challenged in the online criticism has been the Vestra Inet posting's discriminatory language toward potential male applicants. Given the gender pay gap that continues to disadvantage women, it's no surprise that men aren't clamouring to enter the pink-collar ghetto. But that doesn't mean they should be prevented from applying for jobs traditionally designated female.

And in the right company, getting to greet every client and executive who enters the premises might constitute a great entry-level opportunity. Moreover, our increasingly knowledge-based economy now demands more of the so-called "soft" skills women have long been more encouraged to cultivate; assuming that only women are suited to such positions is clearly problematic.

Finally, given the centuries of discrimination behind us, as long as some tasks remain tagged "women's work," they will remain less valued. And that's unfair to whoever holds the job. 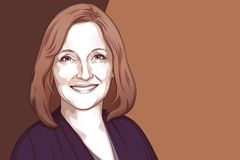 ROB Magazine
Is recruiting women in the tech industry a big deal?
September 25, 2014 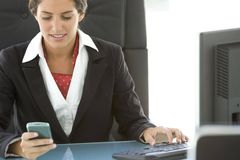