Alan Gelfand is the founder of Fair Ticket Solutions Inc., a Vancouver-based company that has developed an authenticated ticketing and check-in platform for live events similar to the airline model.

In the words of the great philosopher Jesse Ventura, "Learn from history or you're doomed to repeat it." Unfortunately, the Ontario Liberals are likely going to make the same mistakes of the past with new legislation. In the wake of the debacle that was the exploitation of fans during the sale of tickets for the Tragically Hip tour in 2016, this government will likely pass third reading of the Ticket Sales Act in a matter of days. But the proposed legislation will not make things better for consumers. Isn't it time the abuse of consumers seeking to pay a fair price for tickets to live events be stopped?

In 2015, when the government passed an amendment to the Ticket Speculation Act, they got it half right. Enacting policies around authentication was the right solution. It would have eliminated fraud, and allowed industry to use technology to protect consumers in many ways, such as the detection and elimination of bots, and the implementation of price caps at an artist's request.

It doesn't account for the lost experience or expense to see the event. It also doesn't account for the fear that many people have, when purchasing tickets from secondary-market resellers, that they might be turned away at the gate with a fake ticket. It's unconscionable! Can you think of any other industry where you pay a premium for a new product or service, and when you go to use it, it might not work and you can't get another? It doesn't exist in any other industry, so why here?

The legislation that Ontario is about to give third reading, in turn, limits how tickets can be resold in the first place – in particular, restricting the amount someone can sell their ticket for to 150 per cent of the original price – in a move they say will make tickets more accessible to consumers.

Shouldn't teams and artists be allowed to set their own resale rules, not governments? They are the ones held accountable to and by their fans – if they don't do the right thing, they potentially lose them.

Why shouldn't passionate season-ticket holders be allowed to sell their tickets for a substantial profit when their team finally makes it to the championship? Why shouldn't an artist be allowed to cap their ticket-resale prices at face value because they want all their fans to pay a fair price? Both should be allowed. But with the proposed cap policy, they can't. How do consumers win here? The government should not step into a boxing ring when they don't know how to box.

This government finally came to its senses late last month when it listened to industry and removed the new act's requirements to disclose how many tickets are available when they go on sale to the general public. Even with all the presales, regular fans still get the tickets at face value, so it wouldn't have done anything to further protect purchasers.

Instead, lawmakers should now be proposing a policy in which no event organizer, primary ticket company or their agents are allowed to direct primary tickets to a secondary marketplace for resale above face value. If organizers feel they can make more money secretly selling primary tickets directly through secondary-market sites, many will. This fuels reselling sites and reduces a consumer's chance of purchasing a ticket at face value. Since there are no rules around transparency here, they get away with it. This policy would ensure venues have to write into their contracts with organizers a waiver that all primary tickets have to be accounted for – allowing industry to police themselves and eliminating tickets that leak out at higher prices.

So why does the government continue down a widely criticized path that they know won't work, and that industry says it doesn't want? If the new act passes, it does so at the expense of every consumer and industry stakeholder. Why?

The previous act's money-back guarantee was the "kiss of death." Nothing in the new proposal will change that, as it remains included – leaving consumers still as unprotected as ever. It's time this government enacts policies that can actually work and be easily enforced.

If this government truly wants to pass policies that protect consumers, they need to do just three things: 1) Eliminate both money-back guarantees and price caps; 2) Make it illegal for primary tickets to be directed to secondary marketplaces or resellers for the purpose of selling above face value; 3) Make all bots illegal.

These precedent-setting policies, combined with the existing authentication clause of the previous 2015 act's amendments, will now enable real enforcement of all policies, thrusting Ontario to the forefront of effective, enforceable and fair consumer protection. 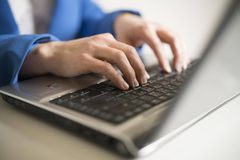 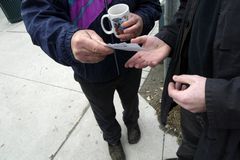 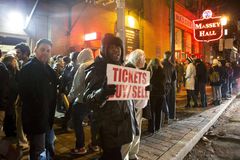