When the Ontario government unveiled its Climate Change Action Plan in June, a largely overlooked element at the time – the intention to establish a green bank – could prove to be one of its most important initiatives. Unfortunately, Ontario seems to be unduly limiting itself when it comes to learning best practices from other jurisdictions that already have green banks.

A green bank is a public or quasi-public entity set up to facilitate private investment in low-carbon, climate-resilient infrastructure. These banks help jump-start funding of green projects and leverage financing from private-sector banks that have limited or no experience in providing capital for such projects, or which find many of them to be too small unless aggregated with other smaller projects.

Ontario says its green bank will draw upon the best practices of two nearby models: Efficiency Vermont, the first statewide energy-efficiency utility in the United States, and the New York Green Bank, a state-run financing agency. While this is a good start, these models are challenging fits for Ontario.

Vermont's demographics and economics are much different than Ontario's – the state's population is more than 20 times smaller and its agriculturally dominated economy is almost 30 times smaller. New York's Green Bank, although in a jurisdiction with more similarities to Ontario, only opened in 2014 and has yet to do much to learn from. Moreover, it is an arm of the New York State Energy Research and Development Authority. An Ontario green bank should have more independence.

Several other green banks in the United States and farther afield may be better models. Some of them – such as the UK Green Investment Bank, which was established in 2012, and Japan's Green Finance Organisation, founded in 2013 – are part of the recently created Green Bank Network, whose purpose includes to "collect, organize and share green bank know-how."

But an even better model is one with a long track record of facilitating financing for environmental and climate change protection: Germany's green bank – the KfW (Kreditanstalt fur Wiederaufbau).

Like Ontario, Germany has a large, diversified economy, and it has forged a transition in the energy sector similar to what Ontario wants to do by stimulating renewables, conservation programs and greenhouse gas reductions using policies that have been emulated around the world. In fact, Ontario adopted a Feed-in Tariff (FIT) program based on Germany's model, where contracted renewable energy capacity jumped from 13 MW in 2010 to 4,626 MW in 2015.

KfW, which bills itself as Germany's largest environmental and climate bank, has been carrying out government programs for more than 65 years, including providing finance for environmental and infrastructure projects in Germany and around the world. In the 1970s, it began promoting energy savings and innovation, and in the 2000s and 2010s it has increasingly focused on climate change and environmental protection, green energy and efficiency. In 2014, it made nearly $40-billion available for these types of projects worldwide.

KfW offers financing to help individuals, businesses and public bodies to engage in such things as startups and innovative climate and environmental protection initiatives. It also helps municipalities, public-private partnerships and social institutions with projects in the fields of municipal and social infrastructure, energy supply and energy efficiency.

In 2006, it launched a funding initiative for energy-oriented housing refurbishments and low-energy homes. Five years later, its "Energy-efficient Construction and Rehabilitation" housing promotion program funded 41 per cent of new housing projects in Germany, with final emission savings of more than 4.2 million tonnes of CO2 per year by 2011.

KfW has been so successful in part because it operates more independently and flexibly than the New York government's green bank. It does not compete with the private finance sector, but it does help facilitate their business and applies their best practices. Its governance structure – a six-member executive board reporting to a larger supervisory board with representatives from politics, industry and associations, and chaired alternatively by the German finance minister and the economic affairs and energy minister – has proven it can adapt to frequently changing economic and political requirements.

Finding the right model for a green bank to help finance energy efficiency and low-carbon technologies is vital to delivering on pledges made by world leaders at last year's UN Climate Change Conference in Paris. KfW is an established success story with decades of experience ready to inform a discussion in Ontario that has only just begun.

Marc Ruttloff is an energy lawyer with Gleiss Lutz in Berlin, Germany, currently on secondment with Torys LLP in Toronto. Jonathan Weisz is the head of Torys' Project Finance Practice. 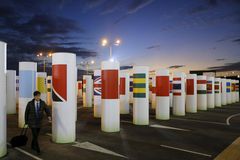 Wynne defends climate plan, citing Ontario’s ‘high’ carbon footprint
April 3, 2017
Ontario proposes two-year hold on new water-taking permits
April 6, 2017
Follow us on Twitter @globeandmail Opens in a new window
Report an error
Due to technical reasons, we have temporarily removed commenting from our articles. We hope to have this fixed soon. Thank you for your patience. If you are looking to give feedback on our new site, please send it along to feedback@globeandmail.com. If you want to write a letter to the editor, please forward to letters@globeandmail.com.
Comments