Every province and territory but British Columbia has a poverty reduction strategy in place or in development. Many cities and towns do, too. Until now, the big missing piece has been our national government.

Despite Ottawa's responsibility for more than three-quarters of income security payments – through programs such as Old Age Security and the Guaranteed Income Supplement, the Canada Pension Plan, employment insurance and child benefits – the outgoing Conservative government refused even to acknowledge demands for a national strategy.

Quebec was the first jurisdiction to put a formal poverty reduction strategy in place, passing legislation in 2002. It was followed four years later by Newfoundland and Labrador. The other provinces and territories mounted their own plans over the next decade, most with the passage of an act establishing broad goals, mounting key initiatives and mandating annual reporting.

We know that a formal poverty reduction strategy is no panacea. Legislation cannot automatically eliminate poverty. But it does set out goals, establish mechanisms to monitor progress, and improve co-ordination of the government ministries and non-governmental organizations involved in the multiple routes to poverty reduction – from training and literacy programs to affordable housing and reformed social assistance.

A national strategy could establish Ottawa's broad approach to reducing poverty over the life of the new Parliament. It could give a renewed and independent Statistics Canada a mandate to report on progress using objective data. It could allow provinces, territories and cities to understand how they could best harmonize their efforts with those of the federal government. It could help direct and co-ordinate efforts within the government itself, which involves Finance, the Canada Revenue Agency, Employment and Social Development, Aboriginal Affairs, and Health, to name a few key departments.

The new Liberal government's election platform promises to "work with partners at all levels to develop a poverty reduction plan for Canada." Some crucial elements that will have an immediate and significant impact on poverty are also promised.

Implementation of the proposed Canada Child Benefit will boost child-related payments for low- and modest-income families.

The maximum amount for a poor family with one child will rise to a sizable $6,400, and an estimated 315,000 children will escape poverty. The Working Income Tax Benefit, created by the Conservative government but initially proposed by the Liberals in their 2005 fiscal update, helps the working poor and should be strengthened. The federal minimum wage should also be increased.

On the other side of the age demographic, further increases to the Guaranteed Income Supplement for single seniors would reduce persistent poverty among unattached senior women and men: The Liberal platform has promised a 10-per-cent increase in the GIS .

The federal and provincial/territorial governments should work together to address poverty among Canadians with disabilities. A federal basic income program, modelled on the GIS, could replace welfare for low-income persons with disabilities, with resulting savings for the provinces and territories to be reinvested in disability supports and services.

As with the provinces, Canada ought to establish the broad principles and reporting requirements for its poverty reduction strategy in an act of Parliament. But it need not be in a hurry to do this in the first 100 days. Better to get it right than to get it quickly. As a start, a special parliamentary committee, with representation from all parties, could be directed to travel across the country and consult.

With good will and compromise, it may be possible to find a true Canadian consensus on the need and the means to reduce poverty across our wealthy country.

Justin Trudeau understands that timing is crucial to austerity
October 23, 2015 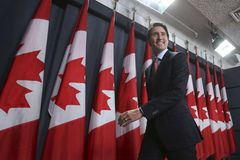 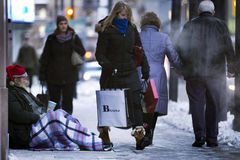 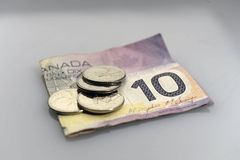