All too often doing nothing is the go-to response to tough decisions.

Take Ottawa's handling of Canada Post. Public Services and Procurement Minister Judy Foote promised a decision by this spring "at the latest" on whether doorstep delivery will be restored to nearly a million Canadian households as part of a sweeping review of the postal service.

Summer officially began this week, but the government appears no closer to making a decision.

"I don't have a date for an announcement yet," spokeswoman Annie Trépanier said.

It's a similar story at Canada Post. "We are waiting on a decision, but [I] have no further information on timing," spokesman Jon Hamilton said.

Ending doorstep mail delivery to 5.1 million Canadian homes was the key piece of a plan to save Canada Post from extinction in the digital age. The measure, announced in 2013, would have saved the Crown corporation as much as $500-million a year, allowing the postal service to cope with its shrinking letter-delivery business.

The Liberals took office in late 2015 and immediately suspended the Conservatives' controversial decision to end doorstep service after just 900,000 homes had already been shifted to community mail boxes.

Government insiders whisper that the inaction is because Ms. Foote recently went on indefinite leave from her job for unspecified personal and family reasons. But that seems improbable, given that all Ms. Foote's duties are in the capable hands of her cabinet colleague, Natural Resources Minister Jim Carr.

A more plausible explanation is that Liberals are struggling to reconcile a misguided election promise with some harsh realities. By law, Canada Post must be "financially self-sustaining" – something it insists it can't do in the years ahead in the face of massive pension obligations and the obligation to deliver mail to 16 million Canadian addresses.

The Liberal government has received mixed advice. A federal task force warned the Liberals last year that ending home delivery would not save the post office from financial trouble. The task force said the post office should also look at charging for doorstep delivery, raising stamp prices and cutting the number of delivery days to deal with "large and growing financial challenges."

A subsequent Commons committee report urged the government to continue the moratorium on mailbox conversions and reinstate service to those who've lost it. Instead, the committee suggested Canada Post could look for new revenue sources and get employees to share more of the cost of their pensions. But it offered no financial evaluation of these options.

For now, Canada Post is marginally profitable. In 2016, it posted a slim profit of $81-million on $7.8-billion in revenue.

Some parts of the business are showing growth. Canada Post is now the country's leading parcel delivery company as online shopping grabs a growing share of the retail pie. Parcel deliveries grew 12.5 per cent to six million in the first quarter ended in March. Since 2011, revenue from parcels has grown to $1.7-billion a year from $1.2-billion. It's also delivering more flyers and other ad material.

But these strategies "alone will not allow the corporation to achieve financial self-sustainability," according to Canada Post's first-quarter report. What it needs, the company insists, is "operating flexibility."

Delivering letters is still the largest part of its business, and it's in chronic decline. Canada Post delivered nearly 40 per cent fewer letters in 2016 than it did a decade earlier.

Cutting off door-to-door delivery is a perfectly reasonable answer to Canada Post's financial predicament. It's a matter of fairness.

Most Canadians don't get their mail delivered to their door, including most people living in the suburbs, rural areas and apartments.

Only 4.2 million mainly urban homes and businesses still get mail at the door.

Short of going back to subsidizing Canada Post, the neighbourhood mailbox is a reasonable compromise. Some homeowners even prefer them. The boxes are typically located within a block or two of where you live. And people can get parcels delivered there, rather than having to fetch them from distant post offices or courier outlets.

The United States offers a different model. Mail service there is first-rate. Virtually everyone gets their mail delivered and picked up at home, even on Saturday. And delivery tends to be speedier than in Canada. Unfortunately, tax payers are footing the bill. The U.S. Postal Service lost $5.6-billion (U.S.) last year, and nearly $60-billion since the early 1970s.

And no matter what they do, some Canadians will hate them for it. 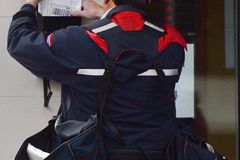 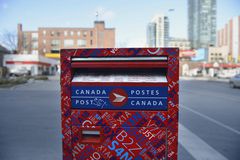 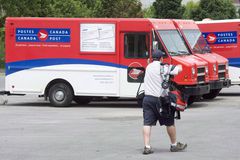