The leak of the Panama Papers revealed the existence of hundreds of thousands of offshore shell companies used by the world's wealthy to avoid paying taxes. As a result of its involvement in creating and promoting these tax shelters, has the accounting profession lost the moral right to remain a self-governing profession?

In Canada, the international accounting firm KPMG has acknowledged that for an average fee of $10,000, it put 27 wealthy Canadians into tax avoidance shelters on the Isle of Man, costing the government many millions of dollars in revenue. The accounting firm's defence, before a Parliamentary finance committee, is that it did nothing wrong because these tax shelters, although socially unacceptable, were not illegal.

Is this the purpose of the accounting profession? To design tax shelters for the 1 per cent that are socially repugnant, but technically legal?

This is not the first time KPMG has been involved in setting up abuse tax shelters. On Aug. 29, 2005, it admitted that it had engaged in a tax fraud that produced $11-billion (U.S.) in fictitious tax losses for some of its wealthiest clients, costing the U.S. government $2.5-billion in taxes. The fine imposed was $456-million. And KPMG is not alone. In 2013, Ernst & Young paid a $123-million fine for developing four tax shelters that cheated the U.S. government out of more than $2-billion in taxes.

In almost every country of the world, the accounting profession operates as a self-governing body whose purpose is to promote the public interest, even at the expense of the professional accountant. Accounting's purpose is not to have one segment of society pay less through clever tax planning, thereby shifting the overall tax responsibility onto everyone else. Offshore tax shelters may be legal, but the ethicality of using them to eliminate taxes is highly suspect.

For 80 years, tax accountants have cited Lord Tomlin, who ruled in 1936 in favour of a tax-avoidance scheme perpetrated by the Duke of Westminster that had been appealed to the British House of Lords. "Every man is entitled if he can to order his affairs so that the tax attaching under the appropriate acts is less than it otherwise would be," he said. "If he succeeds in ordering them so as to secure this result, then, however unappreciative the commissioners of inland revenue or his fellow taxpayers may be of his ingenuity, he cannot be compelled to pay an increased tax."

Poorly written laws do not benefit anyone. There is the epigram that Sir Roger Casement was "hanged on a comma" for treason in 1916. In 2006, Bell Aliant cancelled a contract with Rogers Communication that cost Rogers more than $1-million because a comma was in the wrong place in the document. Words are important, but so, too, is the spirit of the law. When professional accountants spend an inordinate amount of time, trouble and effort poring through tax laws, focusing only on the words, commas and minutiae, they are not reading the act in the spirit in which it was written.

The crime is that accountants understand that the prohibition of tax havens is for the benefit of society as a whole. Tax accountants forsake their ethical responsibilities when they focus on schemes that help only the wealthy. Tax shelters become socially unacceptable when professional accountants forget that their primary responsibilities are to promote the public interest, and not their personal interests and those of their rich clients.

Who will curtail these accountants? The accounting profession appears loath to do so. None of the leaders of the profession in any country has condemned these abusive tax shelters. Are they adopting Lord Tomlin's position? If it ain't illegal, it's ethically acceptable.

But ethics has to do with right and wrong conduct and behaviour. When accountants blatantly disregard the public interest, they are no longer adhering to the high ethical standards expected of professionals by society. If the worldwide accounting profession fails to control its tax professionals, then the profession as a whole may lose the privilege of self-regulation. 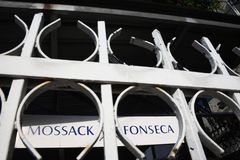