It spent the past two decades disrupting the book-publishing industry, and along the way became the world's largest online retailer. Now, it has decided to open several physical bookstores. Knowing a thing or two about how people browse, it will display books cover out, not spine out. Yes, I am talking about Amazon.com.

When the digital paragon experiments with physical stores, it challenges conventional wisdom about the absolute supremacy of digital. Over the past five years, I have watched the rapid and continuing decline of print advertising, while marketing mail has been a steady business at best. Will direct mail be the next digital roadkill? Is it as simple as digital won and physical is going extinct?

If we look at the usual data points, such as where investors flock and flee, social-media traffic, smartphone penetration or average time spent on this or that gadget, it's easy to conclude that marketing mail will go the way of classified ads in newspapers. (They used to fill page after page before digital disruptors such as Kijiji, Monster and realtor.ca emerged.)

That pessimistic prediction would have had major implications for Canada Post's $1.2-billion marketing-mail business and long-term strategy. Instead, we took an unconventional approach, digging deeper to understand if the product itself has unique value or properties that still make it relevant.

So we asked neuroscientists to test the effectiveness of digital and physical marketing messages in the largest study of its kind. They measured the cognitive load on study participants who were consuming digital and paper-based advertising. The findings surprised even them. Digital messages require 21 per cent more cognitive effort to process and retain than physical messages. Unaided brand recall for a physical message stood at 75 per cent versus only 44 per cent for digital. The paper message elicited a 20 per cent higher motivation response. These are monster differences – and none of the traditional analysis would have told us this.

Perhaps we should not have been so surprised. After all, when brands want to truly engage with their customers, they get physical. We all see the Amazon smiley or Zulily or Wal-Mart logos on the cardboard boxes our online purchases come in. Did you notice that fabric softener sample that came with the dress you ordered online? Online pure plays such as Zappos are using printed catalogues and mailings as a "new" idea, while others are using guerrilla tactics such as pop-up stores with Shopify-powered checkouts on their smartphones or tablets.

Physical fills a much-needed, and very human, sensory deficit in the virtual world, where we spend most of our time these days. While people love talking to Alexa (Amazon's latest gadget) to order whatever they are running short on, they notice and retain a lot more of a paper promotional offer than they would from a purely digital message.

The most important renaissance in advertising has gone largely unnoticed. In their race to find the next big breakthrough, marketers didn't stop to realize that paper catalogues and marketing mail are emerging as an effective tool, even to engage digital natives.

Here is the kicker: If you ask millennials if they would like to receive paper-based advertising, they'll say, "Absolutely not, nada, over my dead body." But their actual brainwaves say quite the opposite, and prove that physical works. If there is one thing Steve Jobs taught us well, it is that customers don't always know what they really want. You have to figure it out for them.

That is why the smart marketers are going back to the old art of paper to reignite demand that is buried deep in the cyberdebris. After abandoning its flagship paper catalogue for several years, Canadian Tire reintroduced the paper catalogue this past spring. Big data, predictive analytics, social profiling, search-driven contextual ads and many other cool new ideas are exciting ways to deliver content to your four-inch screen. But as it turns out, if you really want to engage your customers, you need to get physical. Restart your printing presses.

Canada a laggard as world’s firms wake up to digital disruption: survey
October 5, 2016 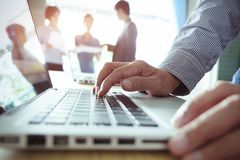 Clover Leaf website will let consumers track the source of their fish
October 3, 2016