Barry Sookman is a senior partner in the Technology Law Group of McCarthy Tétrault LLP and is an adjunct professor of intellectual property law at Osgoode Hall Law School.

The cultural industries in Canada are facing major challenges. A significant contributing cause is our outdated legal frameworks. They did not contemplate, and have not been updated to address, the new means of stealing content or uses of content by internet platforms and others without permission or paying proper compensation. Two examples are illustrative.

The first involves internet-streaming piracy. Canadians have many ways to watch television and movie programs, including over-the-air broadcasts, cable, satellite, authorized IPTV services and over-the-top services such as Netflix.

These legal services are being threatened by schemes that stream pirated versions of the very same content to illegal devices such as "fully loaded" Kodi boxes. These devices are designed and marketed to replace legal set-top boxes sold by legitimate services, such as cable and satellite services.

The issue has become a pressing one for Canadian broadcasters and distributors, for members of the creative community and for those who invest in the production and distribution of content, all of whom rely upon legal markets. Five years ago, few, if any, of your neighbours would have had one of these illegal devices in their home. Today, recent studies by Sandvine – a Waterloo, Ont.-based networking-equipment company – have found that approximately 6 per cent of all households in North America have a Kodi device configured to access pirated content and 7 per cent have an illegal piracy subscription device.

One of the studies estimated that Kodi piracy alone costs Canadian and U.S. broadcasters and other communication service providers up to $5-billion a year.

The communications sector is calling for a new tool to combat this exploding problem – the ability to have egregious piracy sites added to a blacklist so that they will no longer be readily available in Canada. Orders would be made by the CRTC (which is given the express power to make blocking orders under the Telecommunications Act) and be subject to judicial oversight by the Federal Court of Appeal.

However, the proposal has been criticized, for example, by Ottawa professor and anti-copyright activist, Michael Geist, and the internet activist organization, OpenMedia. The attacks claim that it is a "radical proposal;" that it is "sweeping internet censorship" that will "put Canada's robust net neutrality rules at risk."

Far from a "radical" proposal, website blocking of pirate sites is a common, internationally accepted tool to combat internet piracy. At least 27 other countries – including leading liberal open democracies and major Canadian trading partners such as Britain, France and Italy – utilize website blocking.

As open democracies around the world have confronted toxic material on the internet, it has become evident that blacklisting clearly illegal content fosters, rather than hinders, an open internet that is safe for all participants. Website blocking is a legitimate tool used by democratic countries that support an open internet to block websites that disseminate illegal content such as child pornography, malware, investment fraud, terrorism, personal information, counterfeiting and copyright infringement. Courts that have reviewed site blocking have consistently found it compatible with fundamental freedom of expression values.

While net neutrality is clearly a hot topic in the U.S., in this discussion it is a canard. Simply put, this Canadian proposal does not raise a net neutrality issue by requiring ISPs to discriminate or favour any particular legal content or websites. None of the net neutrality regimes around the world prevent governments from addressing online illegal activity through such a mechanism, as a number of them already do.

The sites that would be blocked by the proposal operate outside of Canada and would thumb their noses at a Canadian court order. The only effective way of protecting domestic markets against such illicit foreign sites and services is by disabling access to them in Canada, either through site blocking or search engine de-indexing.

The second example is the "value gap." This term signifies the disparity between the value of creative content that is accessed and enjoyed by consumers and the revenues returned to the people and businesses who create it. This gap is the focus of creative sectors in Canada and around the world seeking to modernize copyright and other laws to enable creators to receive fair compensation for the uses of their content.

According to a Music Canada study, the market value of music in Canada is still a fraction of what it once was, and equitable remuneration for access to music remains elusive.

This assessment is backed by a study by the International Federation of the Phonographic Industry that found that a significant portion of music activity today takes place on services that pay little or nothing to music creators. The study found that YouTube remains the dominant player in global online music streaming and the availability of free music on YouTube is one of the primary reasons music consumers don't use a paid-subscription streaming service.

The value gap doesn't just affect music. It also affects most of Canada's leading cultural industries, including publishing, journalism and television and film production. It affects the livelihoods of tens of thousands of creators who work in these industries, including artists, songwriters, writers, authors, performers, producers and photographers.

These issues confronting the cultural industries and the practical proposals to solve them deserve the attention and support of Canadians. 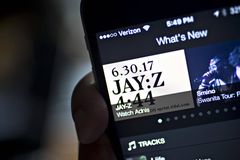 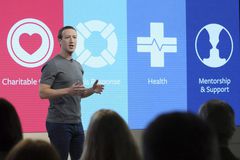