The self-praise dished out this week by Premier Philippe Couillard was warranted as his government tabled a fiscal update that confirmed a stunning turnaround in Quebec's finances. The provincial coffers are even flush enough to cut income taxes and increase spending, if only by a bit.

Fiscal restraint since 2014, a suddenly hopping economy and a windfall in federal cash transfers have earned Quebec a reprieve from the badgering of credit rating agencies. But for how long?

A cumulative $4.6-billion in surpluses banked since 2015 has been placed in a so-called stabilization fund that will be mostly drawn down over the next three years to keep the budget balanced, all while reducing the marginal tax rate on the first $43,000 of income by a percentage point and slightly increasing health and education spending. An exceptional 13-per-cent increase this year in federal cash transfers – to $22.8-billion from $20.2 billion in 2016-17 – has provided an additional cushion for Finance Minister Carlos Leitao as Quebec heads into an election year.

Still, the juggling act will get much harder in coming years unless the province addresses some fundamental challenges, including productivity and population growth rates consistently below the Canadian average. An aging population requiring more health care and an intensifying labour shortage that already has plants in the Beauce region busing in workers from Montreal will create new budgetary headaches. Quebec must move now to get ahead of them.

Job No. 1 will be not only attracting more immigrants, but keeping them. Fully a quarter of the immigrants who arrived in Quebec between 2004 and 2013 left for other provinces or countries, according to the provincial immigration ministry. That means that more than 120,000 of the 485,000 immigrants admitted to Quebec during that period had left the province by 2015.

While Quebec accepted more than 53,000 immigrants in 2016, it lost almost 20,000 residents to other provinces or countries last year, according to a study released this week by the Institut du Québec, an economic think tank affiliated with the Conference Board of Canada and HEC Montréal. The net migratory balance of 30,000 newcomers was not enough to fill the gap in the labour market created by declining working-age population.

The think tank figures Quebec needs to immediately increase the number of immigrants it accepts annually by 10,000 to achieve economic growth rates in line with the Canadian average. That is a tough political sell. Mr. Couillard tried to boost immigration levels last year, but backed down in the face of opposition from the Coalition Avenir Québec and Parti Québécois.

Still, as the federal government moves to the increase the annual immigration level to 340,000 newcomers by 2020, Quebec's share of the Canadian population will decline even more rapidly than it already has unless it opens its doors more widely to newcomers. That raises particular challenges for the French-speaking province, where it generally takes immigrants longer to integrate into the work force than in other provinces.

The Institut du Québec study notes that a raft of family-friendly policies, including affordable daycare and generous parental-leave programs, have not boosted Quebec's provincial birth rate over time. There was a noticeable bump in the number of annual births after the introduction of the extended parental leave program in 2006, but the figure has dropped in recent years and remains stable at around 87,000. That is roughly the same number of annual newborns Quebec produced a century ago, when its population was a quarter of its current 8.3 million.

Further extending the current parental-leave program would be unlikely to raise the birth rate. So, the Institut du Québec instead recommends following the lead of Britain and Portugal, which both grant parental leave to grandparents. The goal is to provide maximal flexibility to families to ensure young and old alike remain in the work force for as long as possible.

Because fixing Quebec's budget was the easy part. Fixing its demographics will be much harder. 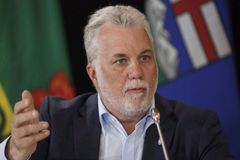 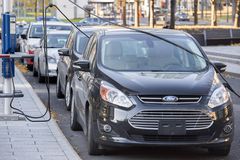