Since its creation in 2006, the success of Quebec's debt-repayment fund has always hinged on the ability of future governments to resist dipping their paws into the kitty to spend the cash their predecessors had dutifully saved and invested in the name of intergenerational equity.

Not long ago, the official Opposition Parti Québécois advocated using the more than $13-billion accumulated in the so-called Generations Fund to protect Quebec head offices by taking equity stakes in local companies and blocking takeovers by out-of-province suitors.

The centre-right Coalition Avenir Québec recommended using the $2-billion or so allocated each year to the fund to reduce income taxes instead, while the far-left Québec Solidaire insisted the money would be better spent on improving public services than handed over to money managers at the Caisse de dépôt et placement du Québec to invest.

The Liberal government of Premier Philippe Couillard ignored the opposition pressure for one reason. Giving into it would have provoked an unpleasant reaction by credit-rating agencies that had seen the fund's creation as a sign Quebec was finally getting serious about its onerous debt burden. The payoff has become obvious.

Finance Minister Carlos Leitao's announcement last week that the government intends to withdraw $10-billion from the Generations Fund over the next five years to retire maturing provincial bonds, instead of rolling them over, amounts to a profit-taking measure as financial markets show signs of running out of steam. As such, it's what any prudent investor would do.

Quebec will save more than $1-billion in interest payments over the next five years by repaying the debt instead of rolling it over with new borrowing. And since interest payments show up in the budget's bottom line, while investment gains in the Generations Fund do not, there is an added bonus in freeing up tax revenue to spend on services without going back into deficit.

Quebec will pay about $9.6-billion in interest on its gross debt of $213-billion in the 2018-2019 fiscal year, accounting for more than 10 per cent of provincial spending.

The government, which is now projecting healthy surpluses for years to come, insists it will continue depositing those surpluses in the Generations Fund – increasing the annual amount invested from $2.8-billion in the coming fiscal year to $4.2-billion in 2022-2023. The amounts are nominally based on water royalties paid by Hydro-Québec and private hydroelectricity producers, mining royalties and alcohol taxes.

Still, the logic behind the Generations Fund has confounded many experts since its creation by former Liberal premier Jean Charest's government more than a decade ago. Indeed, Mr. Charest's strategy to reduce Quebec's public debt looked like a dud almost as soon as it was implemented. The fund lost 22.4 per cent of its value in 2008 as the stock market crashed.

Since then, annual investment gains by the fund have outpaced the average interest rate Quebec has paid on new debt. In 2016, Quebec paid 2.2 per cent in interest on new borrowings while the Generations Fund reported a 7.3-per-cent return. But as interest rates rise along with the prospects of a serious market correction or recession, the strategy carries increasing risks.

In promising to withdraw $10-billion from the Generations Fund over the next five years to pay down debt, the Couillard government is following the recommendations of the business community that the time is ripe for profit-taking. But expert opinion is divided on how to proceed in the future.

The Liberal government, which will table its 2018-19 budget next week, is currently trailing the CAQ in the polls and faces defeat in the October provincial election. But the main opposition parties are no longer in any rush to liquidate the Generations Fund.

CAQ Leader François Legault has suddenly become a convert, insisting that the newly flush provincial government can both cut taxes and invest surpluses in the fund.

PQ Leader Jean-François Lisée has also become a fan, suggesting the $1.1-billion the government will save in interest over the next five years could be spent on new infrastructure, though the government typically borrows to finance such projects.

The election-eve conversions of Mr. Legault and Mr. Lisée are no guarantee that the Generations Fund would be safe in the hands of a future CAQ or PQ government. But they are a sign that debt reduction is no longer just good economics in Quebec. It's good politics, too. 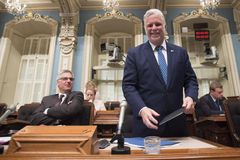 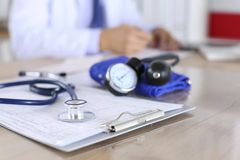 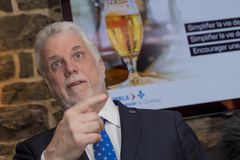